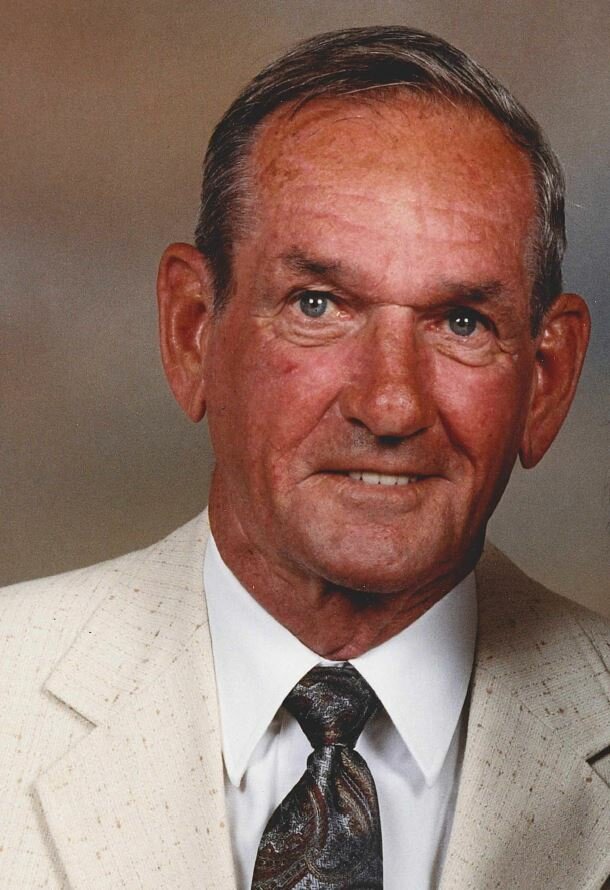 Please share a memory of Donald to include in a keepsake book for family and friends.
View Tribute Book

With profound sadness we announce the passing of Donald James Hogan at the North Bay Regional Health Centre surrounded by the love of his family Sunday, September 4, 2022. He was 90 years old.

He will be missed by many cousins, nieces, nephews and countless friends and neighbours.

Don was highly principled and a gentleman and appreciative in nature. He was one of those people everyone liked.

An accomplished athlete, playing hockey, football and boxing at a young age, Don left his birth home in Arnprior, ON at 15 years of age to pursue his hockey career. He later turned to coaching hockey and mentoring youngsters at many levels.

After retiring from hockey Don worked at the Department of Highways (now MTO) in road construction and then spent 25 years with the City of North Bay Engineering and Works Department as a Contract Inspector.

He was a proud 60-year member of Masonic Lodge No. 420 and member of the Rorab Shrine Club.

He enjoyed playing golf at North Bay Golf and Country Club until advanced age suggested he join Pinewood Park Senior Men's League where he could walk the course easily.

An original member of the Ex-Greats of the Athletic World which included monthly meetings and luncheons with his peers in the sporting world was an enjoyable outing where the fellows’ traded stories of past days repeatedly.

Don was inducted into the North Bay Sports Hall of Fame in 1983 as an Athlete and Builder along with his good friend and linemate George Gosselin with details below.

The family will be forever thankful for the care and compassion received at NBRHC and Eastholme where Don was setting in making new friends.

Don Hogan was a fine hockey and ball player who was born in Arnprior and took up residence in North Bay in 1949. He played junior hockey with Arnprior, Belleville and Galt and spent a season with Philadelphia in the EPHL before joining Pete Palangio's Senior "A" Trappers in 1950.

He spent six seasons in the NOHA, became a member of the NOHA Century Club (100 goals), and was named All Star three times, including 1956-57 when the locals lost to Whitby in that storied Eastern Canadian Allan Cup final.

He turned pro with Cleveland of the AHL, played three seasons there and scored 61 goals. He split the next campaign between Quebec (AHL) and Montreal (EPHL) before advancing to San Francisco of the WHL. He then played in the Eastern League and the Maritime Senior loop before retiring. Hogan put his hockey experience to good use by coaching Little NHL Bantams, Heinz Midgets, and Stan-Don Juveniles. He also coached the POHA Tier Two North Bay Trappers for three seasons.

As a ballplayer he played with All Ontario Intermediate "A" champions Parkview Hotel and Browns Supply as well as with North Bay Dairy, Palangio Dodgers and Parker Sauce of the GMFA. He also coached Browns. Hogan and George Gosselin who played hockey and ball together, were known as the "gold dust twins" with the Trappers and were born only a few months apart in 1931.

To send flowers to the family or plant a tree in memory of Donald Hogan, please visit Tribute Store
Print
Saturday
17
September

Look inside to read what others have shared
Family and friends are coming together online to create a special keepsake. Every memory left on the online obituary will be automatically included in this book.
View Tribute Book
Share A Memory
Send Flowers
Plant a Tree