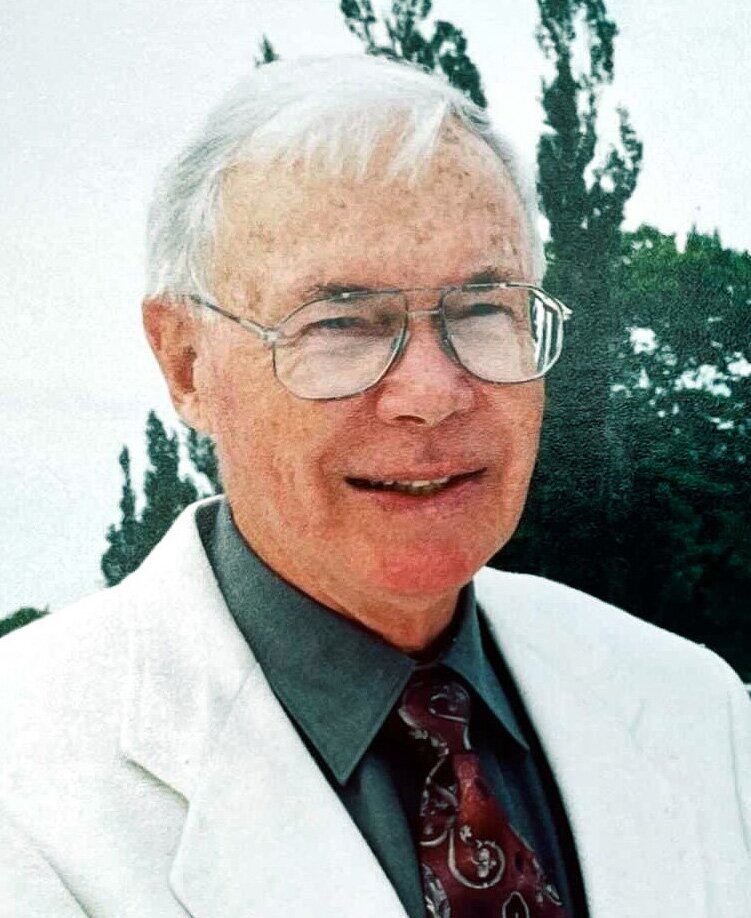 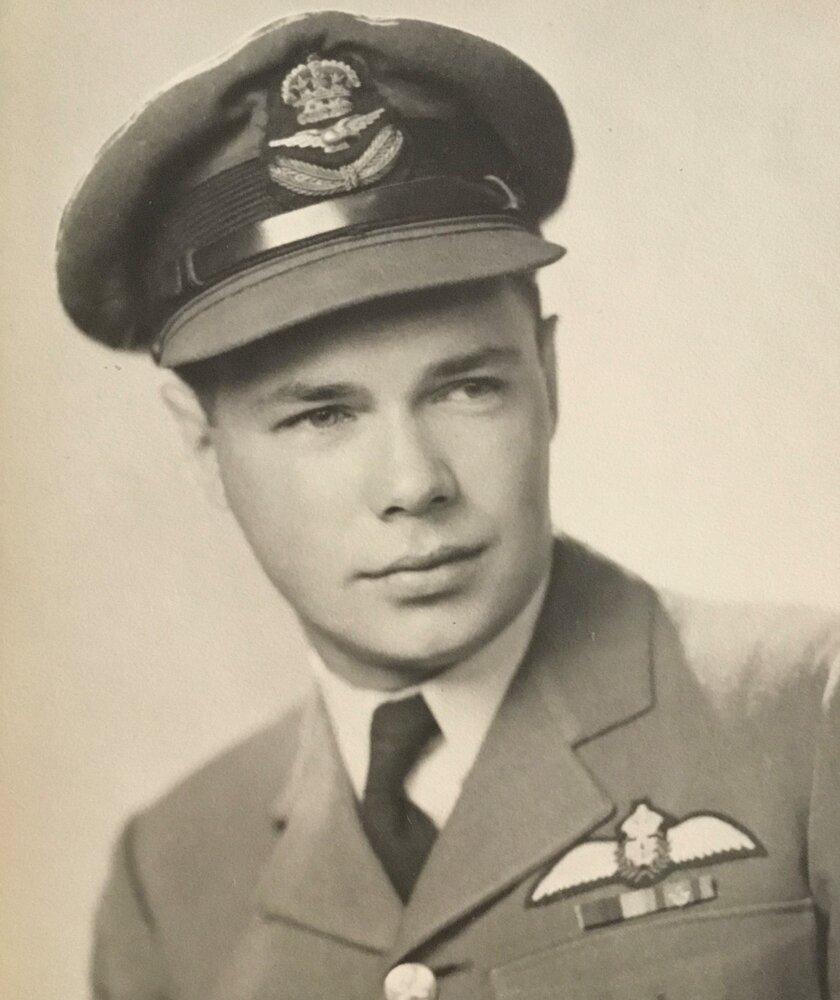 Larry passed away peacefully in his 99th year with family by his side and with a full and happy heart. He leaves behind his beloved wife of 69 years, Marilyn, 4 children, Bill (Alice), Tim (Erin), Nancy Sallie (Robert), David (Suzanne), 8 grandchildren, Cassandre, Stéphanie, Marilyn, Laurel, Connor, Elliott, Parker and Andrew, and 2 great grandchildren, Finn and Lola.

Larry was born to Stuart and Alvina Boland on April 2, 1923, and raised in Cache Bay, a lumber mill village on the north shore of Lake Nipissing. He was the youngest brother of Calvin, Wilmer, Aileen, Arden, Owen and cousin Muriel. Larry and his siblings all benefited from their parents’ encouragement to continue with their educations with the remarkable result that all 6 earned university degrees.

Larry joined the R.C.A.F. in 1941 at age 18, received his pilot wings at the age of 19 and flew four years during World War II. He flew many different types of aircraft – single-engine and multi-engine. In his pilot’s log book is an entry by his commanding officer of which he was most proud: “F/O Boland has been a flying boat captain for over a year during which time he has proved himself to be far above average.” Larry often stated with pride that his 4 years in the Air Force were instrumental in shaping him to be the man he became.

After 5 years at the University of Toronto, Larry practiced dentistry in North Bay for 38 years. He was committed to his patients and staff who remained with him for decades. Larry served for 4 years on the Public School Board and was a member of the Rotary Club of North Bay from 1952 to the time of his death. For many years he was a member of 406 Wing and 222 Wing of the Airforce Association.

Larry married the love of his life in 1951 and together he and Marilyn raised their family in North Bay. He deeply valued their time at the cottage on ‘Grandma’s Island’ which had been built by his parents in 1927. Larry was an avid boater and canoeist and at age 9 he developed a lifelong passion for duck hunting. Summers on Grandma’s Island with Marilyn, their children, grandchildren, and Larry’s siblings and their families brought him immeasurable joy. After family came his many wonderful friends with whom he travelled, boated, golfed and hunted. Larry was well known for his strong opinions and pet peeves which generated much humour.

After retiring from dentistry, Larry continued golfing at the North Bay Golf and Country Club where he was an active member for over 50 years. He and Marilyn spent their winters in Florida where Larry golfed with many new friends who thoroughly enjoyed his companionship on and off the golf course. Never was Larry happier than when he was surrounded by family and friends whose admiration and affection for him was always evident. Though he will be deeply missed, Larry’s legacy will live on forever in the hearts of those he touched.

A private family service will be held on Monday, August 23 at 12:30 PM at the Martyn Funeral Home in North Bay. In lieu of flowers, the family has asked that donations be made to the Nipissing Serenity Hospice, 799 John St., North Bay. For those wishing to attend Larry’s memorial service remotely, the service will be live streamed on the funeral home's Facebook page at https://www.facebook.com/MartynFuneralHome. If you do not have a Facebook account, you can still watch - scroll down to the bottom of the page, and then click "Not now" when asked to create an account.

Share Your Memory of
William
Upload Your Memory View All Memories
Be the first to upload a memory!
Share A Memory