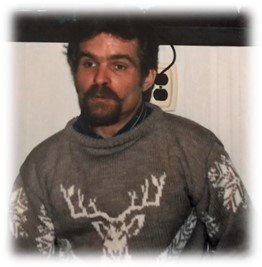 Ron started his life with the love and support of his family. At 16, he joined the Navy with the goal of starting a productive and fulfilling life. After a short service he was honorably discharged. For years, Ron struggled with unforgiving and relentless mental illness which led to addiction. Despite his many hurdles, he loved to write poetry and help others with similar illnesses. While he would visit friends and family over the years, he was a man who followed his own path. His imagination and creativity will be missed.

The family wishes to thank the devoted staff from the Assertive Community Treatment (ACT) team in North Bay for their support of Ron throughout the years along with the individuals who did all they could to support, encourage and love Ron through the good times and the challenges.

Funeral arrangements have been entrusted to Martyn Funeral home in North Bay. Due to covid restrictions, no service will take place. A memorial will be held at the Kirkland Lake Cemetery in the community of Swastika where Ron will be laid to rest with his parents once covid restrictions permit.

Share Your Memory of
Ronald
Upload Your Memory View All Memories
Be the first to upload a memory!
Share A Memory
Plant a Tree