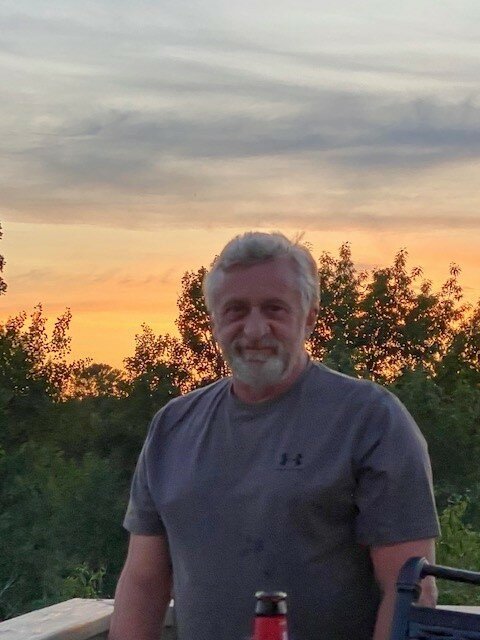 Please share a memory of Richard to include in a keepsake book for family and friends.
View Tribute Book

Passed away suddenly in his 70th year with his loving wife Kathy (nee Jury), son Travis and ‘daughter in law’ Dee at his side on January 21, 2023.

Rick was born in North Bay and has lived in Callander for the past 20 years. Predeceased by his son Michael (1994) and his parents Robert (1991) and Elizabeth (Mae) (2012) Seibarth. Rick will be missed dearly by his extended Jury family – especially his ‘brother in law’ and best friend Brian as well as many friends and coworkers.

Rick served in the Canadian Armed Forces with the 2nd RCR for 3 years from the age of 17 – 20. Following his service Rick attended Centennial College and achieved a Class A mechanic license. Returning to North Bay in 1978, Rick worked at North Bay Chrysler for several years before joining his father’s well-known North Bay business – Ferris Cab in 1979.

In 1985 Rick married the love of his life Kathy and in 1992, after the death of his father, they took over the family business together. Rick and Kathy quickly saw the opportunity to change and grow the business and in 1994, established ‘Seibarth Transportation’. Soon after, Seibarth Transportation partnered with several school boards in the North Bay region and began providing specialized services for transporting children with special needs in the region. In October of 2022, Rick and Kathy looked forward to retirement with the sale of the business.

Although Rick was successful in business, his most meaningful accomplishments included being a business partner, best friend and loving husband to Kathy for 37 years and a proud father to his son Travis for 30 years.

For those who knew Rick best, we cannot say goodbye without acknowledging his lifelong support for his two favourite sports teams – the Montreal Canadiens (GO HABS GO) and the New York Yankees (GO Yanks!). Have no fear Rick – Travis will carry on the tradition!

Donations in Rick’s memory may be made to Jack Lyons Autism Camps or One Kids Place.

To plant a beautiful memorial tree in memory of Richard Seibarth, please visit our Tree Store

A Memorial Tree was planted for Richard
We are deeply sorry for your loss ~ the staff at Martyn Funeral Home
Join in honoring their life - plant a memorial tree
Services for Richard Seibarth
There are no events scheduled. You can still show your support by planting a tree in memory of Richard Seibarth.
Plant a tree in memory of Richard
Print
Online Memory & Photo Sharing Event
Online Event
About this Event

Look inside to read what others have shared
Family and friends are coming together online to create a special keepsake. Every memory left on the online obituary will be automatically included in this book.
View Tribute Book
Share A Memory
Plant a Tree