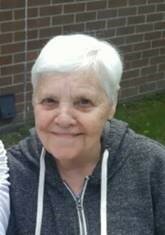 On Thursday, November 24 2022, Therese Legris passed away. Therese was 94 years of age. Born to Rose and Gerrald Saindon, Therese was the oldest of 8 children.

Therese spent her early years learning how to garden and hunt, what plants in the bush were good to eat. She tended the fire and learned to cook.  It was the way of a pioneering young lady of the 1930's. She loved to hear her mother play the piano. Therese did pick up that talent and could play fairly well. Mom was still playing at the Nursing Home into her 90's.

Therese was a Woman of God. Her Mother Religion was Catholicism and her Mother Toung was French. She once asked her Father who had made the beautiful field of wild flowers and he told her God did. So, her education began and she told me once that that was how she knew she wanted to know that special someone named God who could create such beauty. She knew him and she loved him. She gave her life to be in service to God. Later she became one of Jehovah's Witnesses and dedicated 35 years to their service.

Once her memory faded she went back to her Mother language and Religion spending as much time available to her to attend the services at her Nursing Home.

She had been sent to a convent to further her education and then went to work as a Nurses Aid on the Men's ward at St Josephs Hospital in Sudbury Ont. She then met Theodore Legris and went on to have 7 children.

There will be a Celebration of Life in the spring when the wild flowers are blooming and the sun is warm and bright.

Therese requested no flowers or donations or visitations.

May she rest in peace forever in the Gardens of Grace.

Share Your Memory of
Therese
Upload Your Memory View All Memories
Be the first to upload a memory!
Share A Memory