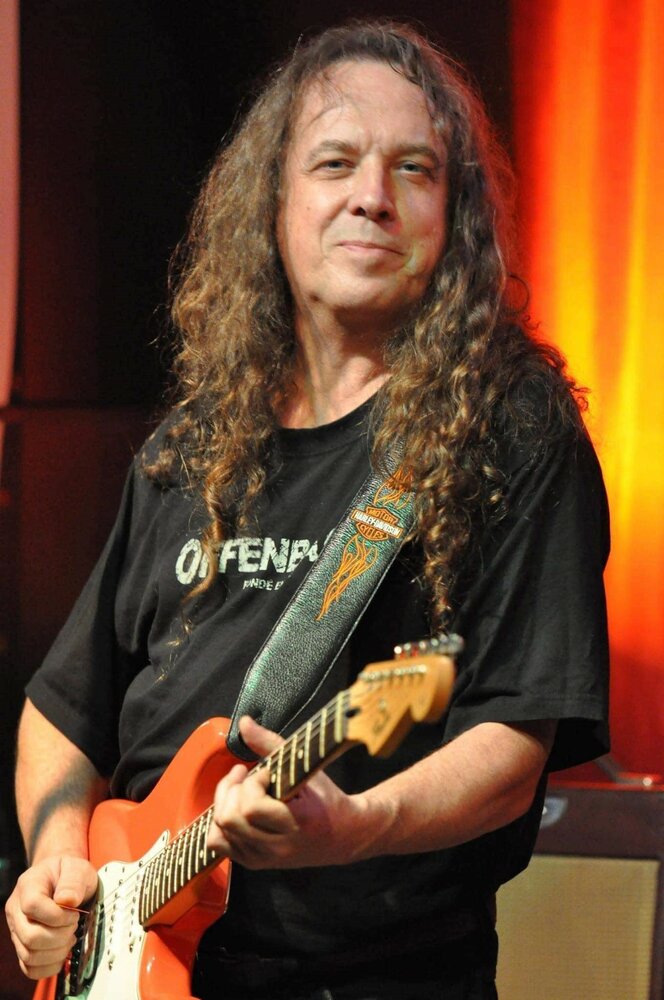 Plant a tree in memory of John 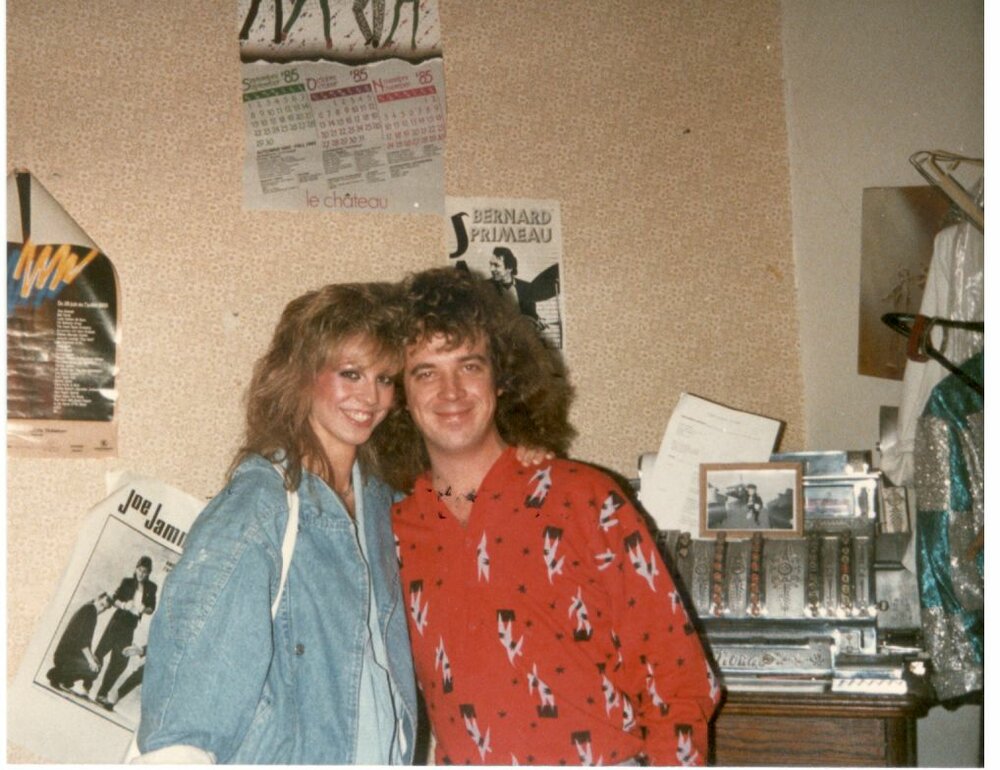 Although it has been a long time since John and I have been in regular contact, John still holds a very special place in my heart. I first met John in the 1980s when he was playing with the Buzz Band. I was a naïve young woman with a passion for everything music. John literally swept me off my feet, and over time a deep friendship developed. I have many fond memories of John: his spontaneous visits which were always a welcome surprise (my mother and I remembered the hot summer days when we’d return home from work to find John cooling off in the pool), meeting his family in North Bay, how he made me laugh, his open generous manner, his sense of wonderment, and his love for people. A day with John was always an adventure. He inspired me to follow my heart, and today music is my life and work. John lived life with authenticity and passion, and spread more joy than anyone I know. I will miss his music, his voice, his smile, his wonderful guitar playing, his laugh, his amazing stories, and his posts on Facebook which always put a smile on my face. To this day my mom, Marguerite, tells me how much she respected and liked John. She describes him as natural, sincere, and warm. Knowing John is a gift that I will always cherish. RIP dear fellow traveler! You have been taken from us much too soon!
Please wait
Share Comment
D
Dan T uploaded photo(s)
/public-file/555/Ultra/cf5b40cf-a3f3-4594-a6ec-f55caefff950.jpg

"Axle" 1971. John was instrumental in forming this band. We played and giged together from 71 to 74. Left to right, John with his new 71 Gibson SG, Ron Marleau with his Hofner bass, Dan Treleaven, seated is drummer Steve Marleau. What a blast we had as friends and band mates. RIP John.
Please wait
Share Comment
A
Anne Marie posted a condolence
Crossing paths... I was born in 65 in a French Canadian family. In the late 70’s me and my friends were big Offenbach fans. We knew absolutely all their songs and had the posters in our rooms. In 85, for my 20th birthday my parents got me tickets to see the ultimate Offenbach Farewell show at the old forum. I went with 3 of my friends. We, the 4 girls only had eyes for John because not only was he the youngest of the band and the most handsome John was also the coolest in his striped tights and his Robin Hood shirt. When he descended into the crowd, guitar in hand and passed a few inches from us and I’m sure he winked at me. I blushed and thought I was going to pass out… My friend Sophie was convinced that the wink was meant for her. Get out Sophie! Okay maybe he was winking at everyone that night but hey! My birthday, my band, my show, my John, my wink! Although I worked in the music industry from the age of 21, John and I never met until 1993 when I was asked to manage a tour for the Canadian Armed Forces in Bosnia. It was a difficult and dangerous tour but we did it and we had lots of time to talk and play some music. I had a certain singing talent and John often had his guitar in the countless vehicles that transported us from one base camp or airport to another. We became good friends. A few weeks after our return to Montreal, John came to bring me a 4-track cassette on which he had recorded a song he had written for me. For me ??? Yes, for you. The most lovely and moving song ever. Boy did I blush. I have listened to it so many times and have kept it all these years in my treasure box. I had to stop listening to it because I was afraid of wearing out the tape. And yes, I did call Sophie who was then living in Vancouver and I played the song one more time for her over the phone. My song, my wink! In your face Sophie! I had to clarify and it was unequivocal this time. It is with infinite sadness that I learned John had gone to heaven. I went to retrieve the tape but once I took it in my hands, I realized that I had no technical means to play a 4 track cassette at my disposal anymore. That’s when I heard a beautiful voice in my head. The voice said: « Check on Internet maybe? ». I took my cell phone, opened the Safari app and typed: John McGale-space-my first name: there it was! John, for the second time in 3 decades, you blew me away! I didn't know you put my song on your album tribute to your family. It is a huge privilege that I take very humbly and with deep respect. Of course I bought the album! but instead of blushing this time I cried rivers. Since unlike the tape there is no risk of damaging a virtual album, I've been listening to it on repeat for 12 days now; in my house, my car and on the street with my headphones. I now know all the songs by heart. I also found out that your sweet sense of humour came from your father. It is a treasure trove of family stories which woke up the little quarter of Irish in me (by my maternal grandmother Agnes May Murphy). Hearing you laugh and talk with your loved ones, hearing you sing and play is a soothing balm. Thank you John. If it is true that the voice is the reflection of the soul, John yours is magnificent. Beyond your immense talent as a musician, composer, mentor and friend, beyond your kindness and your unforgettable smile, I believe that it is your soul that will be missed most by all those who love you and there are many of them. Your soul, you put it in everything you did. My sincere condolences to your Mother Rosie and all of your family and friends. I’ll see you up there John... in a few maybe 3 decades ? Anne Marie ❤️
Please wait
Share Comment
D
Dan Treleaven posted a condolence
I fondly remember our time together at the age of 9 and on. John and I met at the movies, "The Sound of Music" Didn't that play out! We learned guitar together, spent time with each of our large families. We had a common bond of having a downs syndrome sibling, John's younger sister and my older brother. It seemed for a while that a family without a downs child was abnormal to us. We went on to form bands for backyard gigs and gatherings. On in to high school we connected with Steve and Ron Marleau and formed our rock band "Axle". We grew together as a band and friends till near the end of high school when John's calling to be a professional musician launched him to another level. I reflect back on all our time together and all the amazing experiences we had together. I will see you on the other side. Dan Treleaven
Please wait
Share Comment
S
Stéphane Daoust uploaded photo(s)
/public-file/554/Ultra/48b59002-26f1-4ac6-a99f-9feb336cd745.jpeg 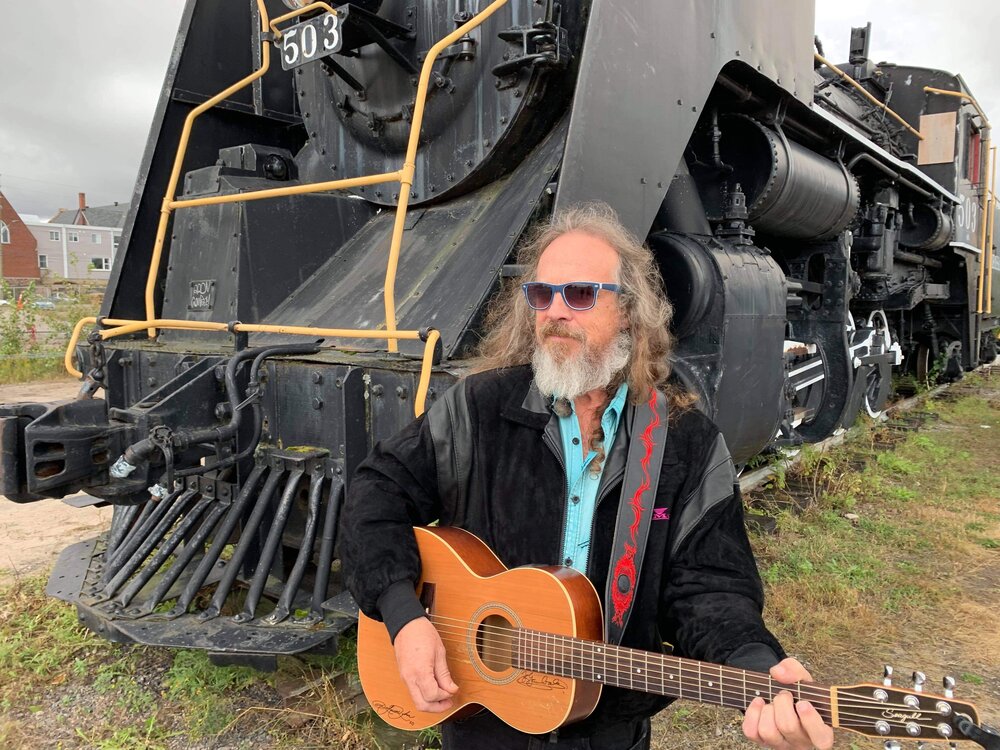 With deep sympathy and in memory of John Join in honoring their life - plant a memorial tree
Please wait
J
JANET Loise Gerolimon posted a condolence
John will be greatly missed by everyone that knew him. He was a very talented musician and an even better Human Being. My thoughts go out to all his Friends and Family and may they always have his music in their hearts. Janet Gerolimon
Please wait
Share Comment
B
Brent laBrosse posted a condolence
Mrs. McGale, Dan and Deb. Was totally shocked to hear of John's passing as were so many others. My lifelong memories of knowing John from my young childhood with this gentle soul John being our Nugget boy to going to hear his first band with Dan Treleaven and playing his first gig in the backyard of Jayne Leroux's for her 9th birthday will stay with my forever. To all the future shows I saw John playing in North Bay, Montreal his presence on stage will never be forgotten. John's personality never changed throughout his life always down to earth and with a warm greeting for whomever was around. So glad I had the opportunity to sing with this awesome musician and kind person knowing that he will continue to share his talents in heaven with his family and so many others. There's one more angel in heaven looking down on all of us!
Please wait
Share Comment
C
Carol Lang posted a condolence
I never new anyone who lived life to the fullest like John McGale. He experienced much of what life had to offer. He loved that music and never missed an opportunity to experiment and create whenever, wherever, however. He touched many lives and was a friend to all. John was a force and driven by some kind of passion we could only hope to have. My heart goes out to his family and to his brothers in music. And to you John...thanks for putting all that great music out to the universe.
Please wait
Share Comment

A Memorial Tree was planted for John McGale
//s3.amazonaws.com/skins.funeraltechweb.com/tribute-store/memorial-tree.jpg

We are deeply sorry for your loss ~ the staff at Martyn Funeral Home Join in honoring their life - plant a memorial tree
Please wait
M
The family of John Charles McGale uploaded a photo
/tribute-images/12069/Ultra/John-McGale.jpg