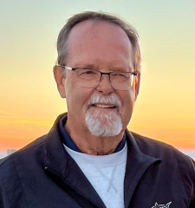 Please share a memory of John to include in a keepsake book for family and friends.
View Tribute Book

It is with great sadness that we say goodbye to the most amazing husband, father, father-in-law, grandfather, brother, uncle, and friend. John went peacefully and suddenly from this world on Saturday morning, September 24th. He leaves behind the love of his life, Jan, and his daughters Brianne Gavan (Brad) and Kaelegh Foreman (Jeremy Smith). Most important in his world were his grandchildren, Regan and Parker Gavan, and Maddox Smith. Dear to his heart were his sisters, Jennifer Smart (Roland Graf) and Joanne Ralph (Jonathan). Always in his thoughts were his many nephews, nieces, and their families.

John spent his professional career at North Bay Hydro but his passion was on the ski hills of Northern Ontario and points afar. During his 17 years as Laurentian Ski Club Ski School Director, he inspired skiers, novice to expert, to follow his graceful lead down hill. And then Killbear Provincial Park captured his heart. Countless hours over the last 40 years were spent on the shores of Georgian Bay. Many a campfire paid witness to his laughter and tall tales as he shared camping life with cherished family and friends.

John was an avid reader, a chronicler of important details in life, and a maintainer of everything related to home and garden. His hugs and laughter will be sorely missed.

Many thanks go out to his lifelong friends, coworkers, and partners in crime. Special mention must be made of the many medical staff members, both in North Bay and Southern Ontario, with whom he had the good fortune to have caring for his needs.

A celebration of John’s life will be held downstairs at Average Joe’s, Trout Lake, North Bay, on Saturday, October 1st, from 1:00 to 4:00pm. If desired, donations can be made to the North Bay Regional Health Centre Foundation.http://nbrhcfoundation.ca/make-a-donation

Share Your Memory of
John
Upload Your Memory View All Memories
Be the first to upload a memory!
Share A Memory