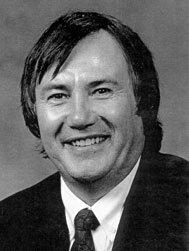 Passed away peacefully at the North Bay Regional Health Centre on Sunday, September 4th, 2022. Peter was the beloved Husband of Linda Louise (née Gottschalk); he was 76 years old. Loving father of Damon Topolie (Rosalie), Stephanie Topolie Loreto (Mike), and Misty Topolie Crerar (Jason). He will be lovingly remembered by his grandchildren Madison, Elizabeth, MJ, and Auston. Dearly loved brother of Dr. Greg Topolie (Eleanor). He was predeceased by his parents, Peter and Doris Topolie, and his siblings, Terry and Deb.

Peter taught for many years for the Toronto and Near North District School Boards, retiring recently. In addition, he was a long-time sports coach with many different organizations. Below is a Bio of Peter’s sporting activities in North Bay and District. He was honoured to be inducted into the North Bay Sports Hall of Fame in 1992.

Peter Topolie’s major athletic achievements were in GMFA softball as he was chosen All Star second baseman eight times in 14 years. He helped Bruce, T & N and Fraser Tavern to seven D. J. Morland Cups. An excellent defensive player he was named the 2nd baseman on the league's 25 year team. He had 299 regular season hits, drove in 193 runs and scored 126 while hitting .305 (slugging % .413) for his career. He was named MVP in the 1985 OASA All Ontario Intermediate "AA" tourney won by Fraser Tavern. As a coach he handled Widdifield's basketball program for ten years, winning six NDA titles and four NOSSA crowns. In 1972 the Wildcats won bronze in the OFSAA Senior “AA” Tournament here in North Bay. He also coached football and track and convened. He and Garry Payne ran a mini basketball camp for boys and girls for 25 years. Topolie took over the Canadore College basketball program in 1983 and took a previously moribund team to a 102-32 record over the next three seasons. The Panthers reached the OCAA semi finals each year, winning gold in 1986 and bronze the preceding two seasons. The 1986 club was the first Canadore team to ever win an OCAA championship (42-4). They also won the City League title those three years. Topolie retired as an athlete in 1987 and began devoting his time to kid’s baseball becoming President of the NBBA and coaching in various OBA categories. Under his direction the city hosted four Canadian Minor Baseball Championships. He worked closely with the Toronto Blue Jay organization from the mid 1990’s, became involved with the Ontario Baseball Association and served three terms as President.

To send flowers to the family or plant a tree in memory of Peter Topolie, please visit Tribute Store
Friday
9
September

Share Your Memory of
Peter
Upload Your Memory View All Memories
Be the first to upload a memory!
Share A Memory
Send Flowers