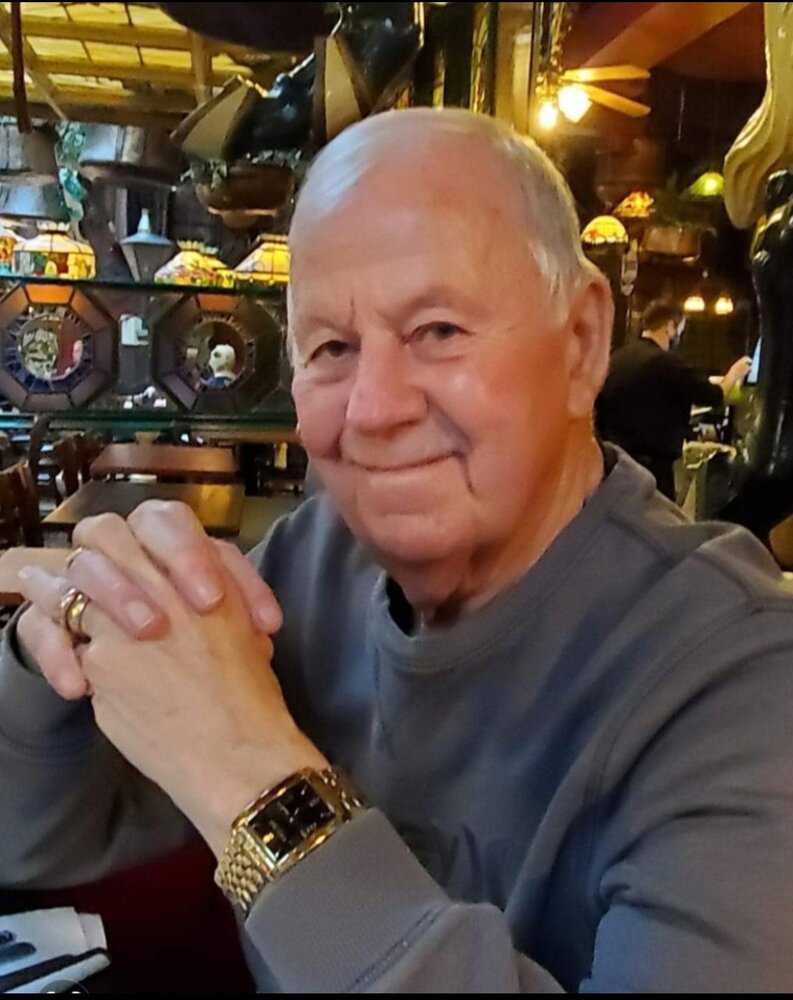 Please share a memory of Wayne to include in a keepsake book for family and friends.
View Tribute Book

With the grace of God, and after a courageous battle, it is with deepest sadness that we announce the passing of Edward Wayne Stevens. Born November 2, 1942, in Timmins Ontario. With family by his side, Wayne passed away peacefully at Health Sciences North, Sudbury on August 12th, 2022. Wayne will be missed by his beloved wife of 45 years, Dorothy-Rae (nee) Moseley-Williams. Predeceased by parents J. Ben and Kathleen (nee Murphy) Stevens, brother Bruce Stevens, his in-laws Edward (Ted) and Helen (nee Empey). He will also be greatly missed by his children Craig (Sandra), Shelly (Greg), Allison, Scott (Sacha). Survived by his sisters Barb Hansuld (Ryan McMaster, deceased), Dianne (Mike Tyrrell, deceased), and Darlene and sister-in-law Sandra Bain (husband Don). Forever loved by his grandchildren, Jordan, Bailey, Devon (Maxime), Courtney, Erika, Maggie, Kyle, Blake, Payton, and his great grandchildren, Annabelle and Theodore. Also missed by his many nephews, nieces, cousins and their families, dearest friends, and Carolyn Wiltsey Stevens.

Wayne was an avid sports fan. He loved watching the Blue Jays and Detroit Red Wings (even when they did lose). He was never far from the tv and his special place on his couch. He enjoyed his days of curling and many bonspiels. He was a proud 50 year member of the Elks Lodge #25, North Bay, and achieved Past District Deputy, Grand Exalted Ruler. He worked at the Ministry of Transportation for many years, and never had one day he didn’t go to work. He always enjoyed coming home to his family. Once leaving the MTO, he worked with his father-in-law Ted and then began Stevens Agencies. He celebrated his well-earned retirement on his 60th birthday and was finally able to enjoy many vacations to Cuba, Mexico, and the Dominican Republic. He loved his special time in God’s Country, Temagami, Ontario.  Wayne never complained or asked anything of anyone. He was always there to lend a hand or help out when he could. He was built tough and some say he may have even been funny. He was known for his comical one liners and jokes.

Visitation will be at Martyn Funeral Home on Wednesday, August 17th. 2022, from 2-4, and 7-9 pm.  Funeral Mass will be celebrated at the Pro-Cathedral of the Assumption on Thursday, August 18th at 10am, with interment to follow at Forest Lawn Cemetery. In Lieu of flowers, donations may be made to a charity of your choice.

To send flowers to the family or plant a tree in memory of Wayne Stevens, please visit Tribute Store
Wednesday
17
August

Share Your Memory of
Wayne
Upload Your Memory View All Memories
Be the first to upload a memory!
Share A Memory
Send Flowers
Plant a Tree