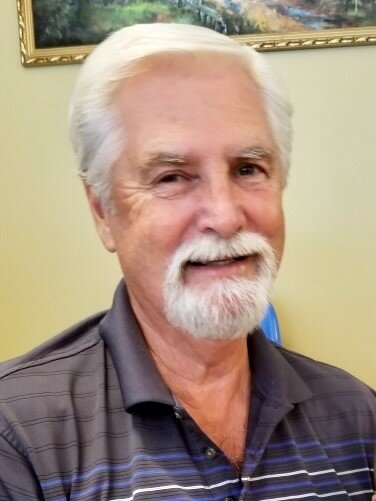 Please share a memory of Andrew to include in a keepsake book for family and friends.
View Tribute Book

Passed away peacefully, with his family by his side on June 20, 2022, at the North Bay Regional Health Centre in his 76th year.

He will be dearly missed by his wife of 26 years, Linda, his son Michael (Chrystie), and his 3 grandchildren, Kiera, Grayden and Ruby.

Andrew is survived by his mother June and his brother Raymond (Colleen), his great-niece Amanda and her parents Raymond Jr., and his wife Shelly.

Andrew is predeceased by his father Gilbert and his in-laws, Gary, and Gretna.

Andrew was born in Bracebridge on February 26, 1947, he spent most of his childhood growing up in Bent River. Andrew went back to school from 1964 – 1968, then started working at the same high school he attended. He moved to North Bay in 1974 to work with the Nipissing Board of Education as an AV Technician. It was at that time he decided to go to night and summer school to obtain a B.A. Despite working full time and his studies, he found time to become VP of his Union too. Once he completed his B.A., he took a year off work to attend Teachers College, graduating in June 1993. He loved teaching and his kids loved him, his sense of humor and fairness shone through in everything he did.

He worked at various schools within North Bay, Sunset Park, Dr. MacDougall, and West Ferris Secondary, he then retired from the Near North Detention Centre.

From the very beginning, Andrew had a passion for all things outdoors, he loved to be out hunting with his friends, fishing, riding motorcycles, ATVs, or snowmobiles, later in life, he enjoyed a round of golf everywhere he went, and always making sure his lawn and garden were immaculate. He loved racing cars, vintage motorcycles (a hobby he began at the young age of 62) as well as visiting the trailer and his friends in Florida.

He truly had a passion for life, his kind demeanor and sense of humour will be dearly missed but will live on through his son Michael and his grandchildren who he had such a strong love for.

To send flowers to the family or plant a tree in memory of Andrew Greer, please visit Tribute Store
Sunday
11
September