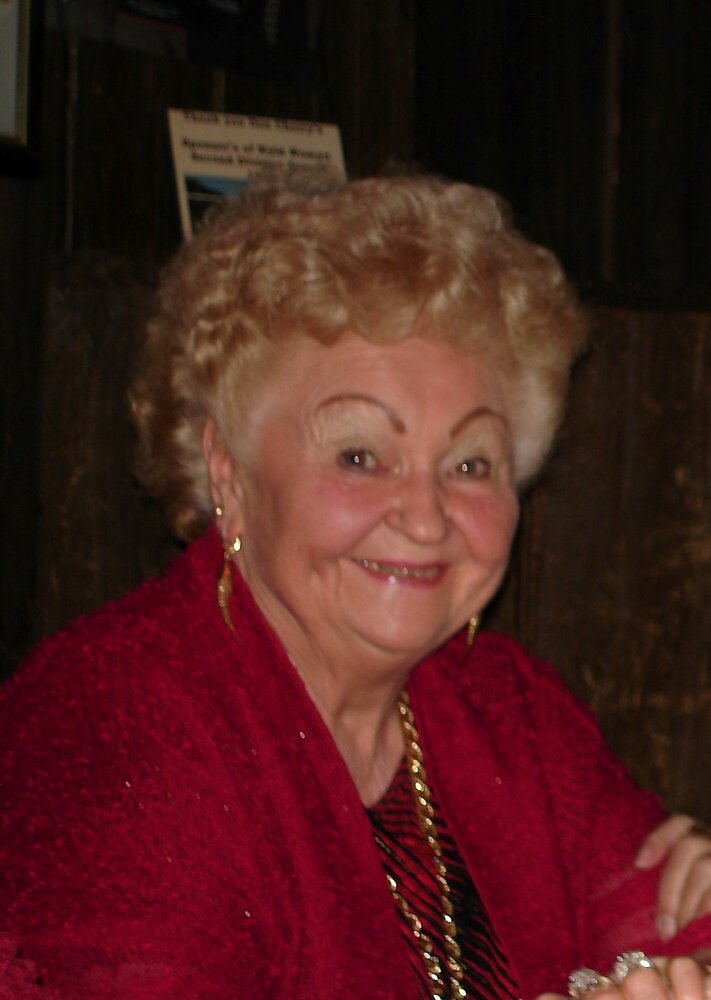 Please share a memory of Helga to include in a keepsake book for family and friends.
View Tribute Book

She came to Canada in 1958 and lived with her cousin for a short bit in Scarborough, Ontario. She
started working for Walter Trusevych in his factory in downtown Toronto, Walter and Helga fell in love, got married and had a
son, Walter Trusevych Jr. She and Walter Sr. came to Callander, Ontario and Built The Look-out Inn, Which
she ran with the help of her older sister and Brother-in-law (Klaus (John) and Irma Holper). It opened it's doors in 1971.
She successfully ran the business until 1987, when it was sold. She watched Walter Sr., Irma and Klaus all pass away and for over 8 years had a lonely existence, There was a close family friend Leopold (Leo) Rainer and his wife passed away also, She invited him over for supper
knowing how lonely he must be and wanted to give him solace, They fell in love got married, had a wonderful life together, then Leo passed away, from there it goes downhill and I really do not know what to say after Leo's passing, her health deteriorated, both physically and mentally. Now she is also gone! End of a mostly happy life, til the last few years.

I would to thank the staff at Waters Edge and NBRHC, Also my cousin Aileen Lalonde-Holper and family and my nephew Nick Trusevych and family for all their moral support. Most Importantly I would like to thank my step sister and her husband Brigitte Washington & David Washington for all that they have done for mom and me over the years! And last, but not least Mac Bain at Martyn Funeral Home.

To send flowers to the family or plant a tree in memory of Helga Trusevych - Rainer, please visit Tribute Store
Tuesday
10
May