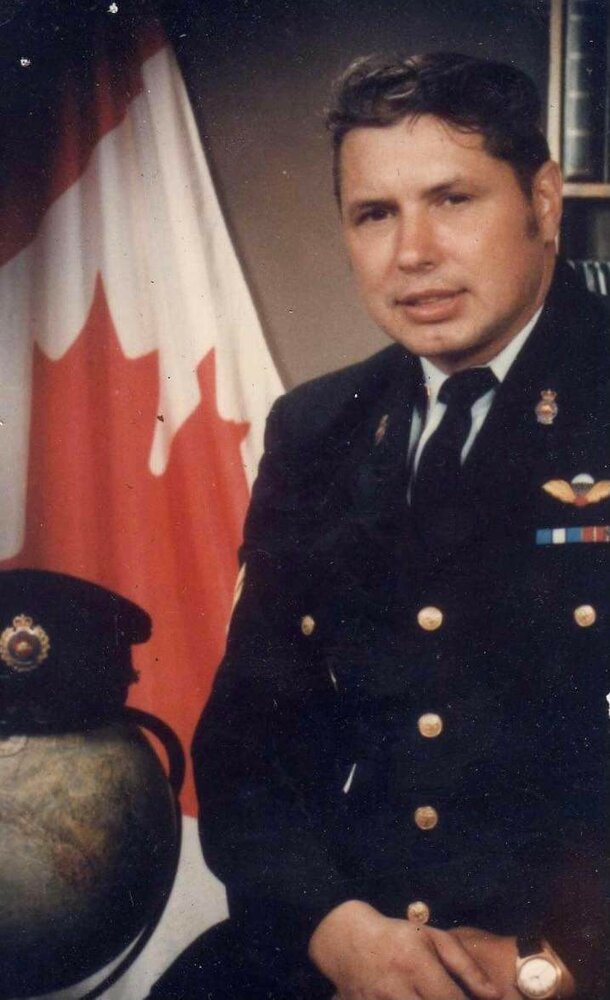 Please share a memory of Lloyd to include in a keepsake book for family and friends.
View Tribute Book

A much-loved Son, Husband (Valderine), Father, Pops, Brother and Uncle. Lloyd passed away on October 19, 2021 in his home at the age of 82. Proud father to Allan and Clifford. Devoted Pops to Connie, Krista, and Kory. Great Grandfather to Zach, Declan, Haley and Maya.

He will be dearly missed by his siblings, Marjorie (predeceased 2019), Mary, Clair, Gregory, Pauline, Patsy, Allan and Christopher. He was the beloved son of the late Clifford Chamberlain and Burnet Huard. Special and loving friend and companion to Shirley Boissonneault (predeceased 2015).

Sergeant Lloyd served honourably with the Canadian Guards, RCR and RCAF for a total of 33 years. He earned many medals including the NATO, United Nations and CD2. He was also a dedicated firefighter and first responder for 10 years in North Bay, Ontario.

Cremation has taken place and his remains will be interred at the National Military Cemetery in Ottawa. In lieu of flowers donations in memory can be made at The Poppy Fund; Parkinson Canada; or The Humane Society of North Bay. Arrangements entrusted to Martyn Funeral Home