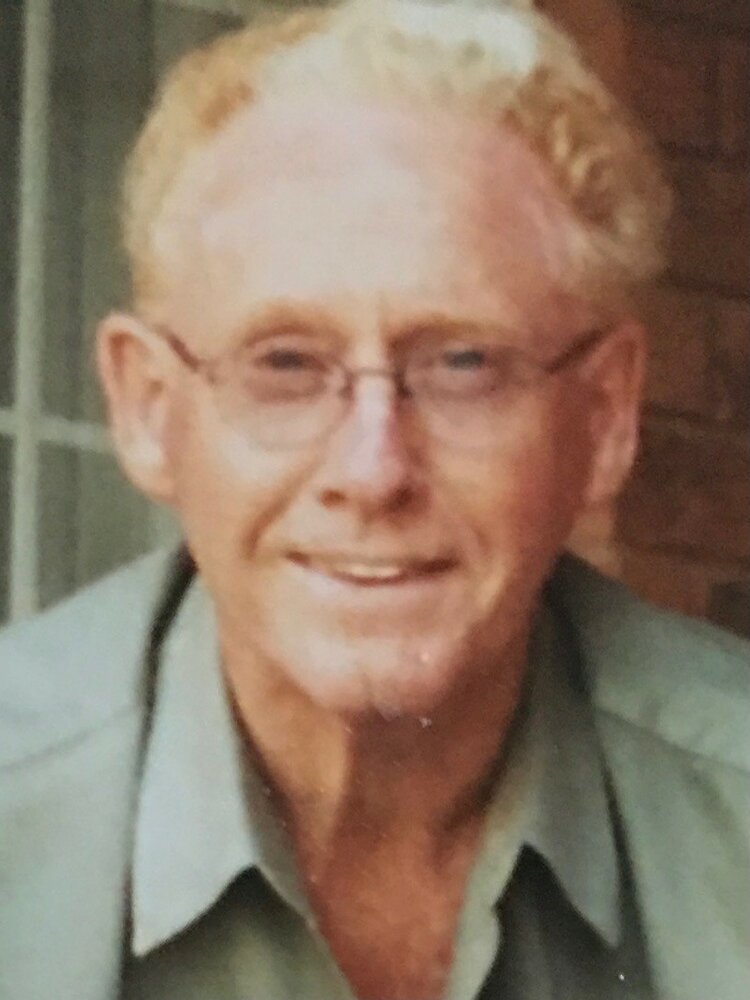 Please share a memory of Gerald to include in a keepsake book for family and friends.
View Tribute Book

It is with great sadness that the Morgan family announces the passing of their Dad, Gerry (Red) Morgan on Saturday, October 2, 2021.  Dad passed in his own way, on his time, knowing he was loved. Gerald Malcolm Morgan was born in North Bay on June 16, 1934 and was a lifelong resident of the city.  He is survived by his children Christie, Kelly Morgan (John Poff), and Tim (Metzie Lacroxi).  He was a special and proud Papa to his 2 granddaughters Rachael and Gillian Morgan. Gerry was predeceased by his wife Trudy (Gertrude Laginski), his parents Doris and Frank and by his brothers Frank and Peter.  He will be welcomed with open arms when he joins them. An avid sportsman in his younger years, Dad played for a number of local teams - hockey in the winter, fastball in the summer.  In 1955, in keeping with the family tradition, he followed in the footsteps of his grandfather and father and joined the Ontario Northland Railway.  He is one of the last to have made the transition from steam engine to diesel engine.  Over a 36 year career he was a popular and respected railroader.  Dad always said the ONR was a great place to work.  When prompted he could sure make you laugh with a funny story about any of the cast of characters that he befriended over the years.  For 25 years he was a conductor on the Northlander and the Polar Bear Express where he was known for his easy going manner and sense of humour.  He retired in 1991 and, after a few vacation trips, spent his retirement as he wished, at the place he loved most, his home on Trout Lake.  He was a well known neighbour to the residents at the end of Peninsula Road and was a regular member of the early morning men’s coffee groups at Tim Horton’s. We couldn’t have asked for a more encouraging and loving father.  Supportive of anything we thought of doing, no matter how big or how small, he would say ‘Go for it!” and we knew we could. He was always willing to lend a helping hand, seldom had a bad word to say about anyone and was never without a quick, witty remark. He instilled in us the value of hard work and dedication. A huge, heartfelt thanks to Dr. Leckie and all the staff of A1 at the NBRHC.  Over our Dad’s three and half year stay they became his friends and second family. The care and compassion they demonstrated on a daily basis brought us all comfort that he was being well looked after and cared for when we couldn’t be with him.  A special thank you also  to Bob and Ann Wallace for their decades of friendship. A kind and humble man, Gerry will be remembered for his heart of gold, his genuine appreciation for life, and his sharp and witty sense of humour. His ability to make others smile and brighten up their day was one of his greatest qualities, and this was such a beautiful gift. At his request there will be no visitation or service.  He will be interred at St Mary’s Cemetery next to his ‘Sweetheart’ Trudy. If desired, donations could be made to the North Bay Regional Health Centre or the Alzheimer’s Society

To plant a beautiful memorial tree in memory of Gerald Morgan, please visit our Tree Store