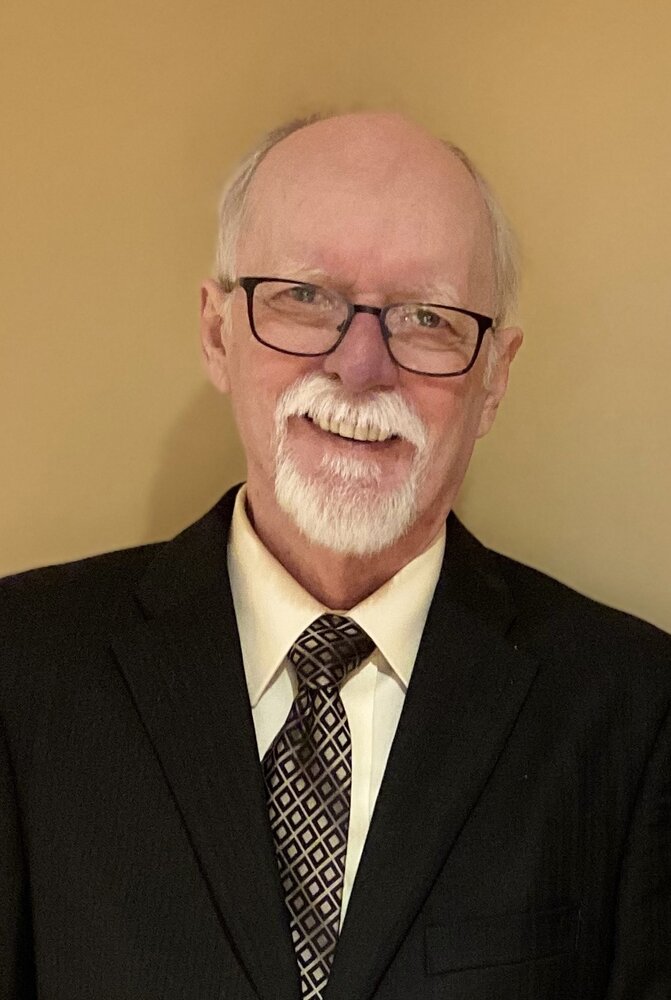 It is with great sorrow that the family of Garth Mayhew announce his passing at the North Bay Regional Health Center on Tuesday, September 21st, 2021, at the age of 69.

This hard-working man of unwavering kindness was the beloved husband of Sheila Leitha (Cholette-Perron) for 48 years. Loving father of three daughters, he will be forever missed by Angela and her husband Chris, Sara, and Cyndi and her husband Chris. Lovingly remembered by his mother Marilyn (Benson) Mayhew, and by his sister Karen and her husband Carl. Dearly loved and predeceased by his father Delbert Mayhew, and his mother and father-in-laws George and Laura Perron. He will be sadly missed by his favourite aunt Linda and uncle Bill Brownlee, as well as his many nieces, nephews, and cousins. Garth leaves behind his life-long friend Hedley Bentley.

Born and raised in Kirkland Lake, Garth attended Queen Elizabeth Public School and graduated from KLCVI. He began work at the Adams Mine shortly after he and Sheila were married, in 1973. There, he worked his way up from labourer through apprenticeship programs to earn his certification as Industrial Millwright, staying with the mine for over 18 years until its closing. Garth was one of the first to be hired to the newly built cogeneration plant in Kirkland Lake. He continued his trade as Industrial Millwright for another 18 years, until health issues forced him on permanent leave from his profession and all the friends he had made over the years at his place of work. Many of his colleagues worked alongside each other both at Adams Mine and Kirkland Lake Power. Over the years he kept in touch with a few of his co-workers, carrying on his fond memories of them.

Music was a big part of his life. He was a great lover of the arts, with a discerning taste for film and television. He was always trying to master the guitar and could be heard strumming and stomping his foot to the beat of a tune, long into the hours of the night. His guitar collection was a great source of pride that took him many years to collect. His favourite times were stopping by Long and Mcquade to chat with Khris or Robin about the next new guitar.

In his younger days, he enjoyed playing slow-pitch baseball and the after games at the FED Hotel. He played ice hockey with some of the guys at work for late night games at the Mavrinac Arena. He also spent a lot of fall hunting season out partridge hunting with his good friend Don Wilson.

But most of all, Garth loved being at home surrounded by his family and friends, enjoying the sound of laughter, along with good food and the sound of great music playing in the background. A wonderful life, well lived and well deserved.

His family would like to express their immense gratitude to Dr. Brian McPherson and the Kirkland Lake Family Health Team for their years of excellent care. Special thanks to his respirologist Dr. Irfan Khan, to Dr. James Truong and the Home and Community Care North Bay for their outstanding and compassionate assistance in providing him quality of life, and for the efforts of the many emergency response workers and hospital staff at the North Bay Regional Health Center.

A graveside service will be held at the Kirkland Lake Cemetery on Friday, October 1st, 2021 at 2:30 pm. If desired, donations to the North Bay Health Center Cardio Respiratory Department at www.nbrhc.on.ca/foundation and click the Donate Now button. People can also call in to the office to make their donation with a credit card to 705-495-8125. Also, the Foundation's mailing address is PO Box 2500, North Bay  ON  P1B 8G2. Cheques can be made payable to NBRHC Foundation with Garth Mathew and COPD fund written on the memo line or an accompanying piece of paper would be appreciated. Everyone is welcome to attend, however, at the request of the family, only those that have had two Covid-19 vaccinations can attend the service and masks will be required at the Cemetery.

To send flowers to the family or plant a tree in memory of Garth Mayhew, please visit Tribute Store
Friday
1
October

2:30 pm - 2:50 pm
Kirkland Lake Cemetery
located at the junction of Highways 66 and 112
Kirkland Lake, Ontario, Canada
At the request of the family, only those that have two Vaccinations should attend the Service and a MASK will be mandatory at the Cemetery.
Need Directions?
View Map | Text Directions | Email Directions
Order Flowers for Garth Mayhew's Graveside Committal Service

Share Your Memory of
Garth
Upload Your Memory View All Memories
Be the first to upload a memory!
Share A Memory
Send Flowers