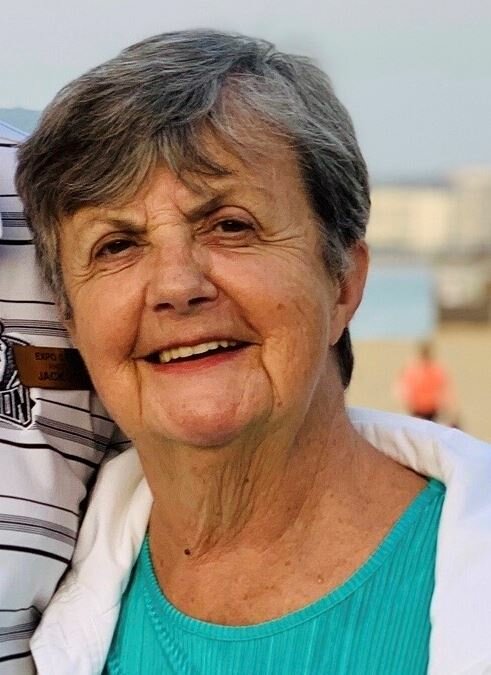 Mary Ann was born in Canora, Saskatchewan on April 18, 1941 to Frank and Angeline Lucas. She followed in both of her parents’ footsteps pursuing a career in teaching. She taught in Lethbridge and Calgary before leaving to teach overseas in Metz, France.  It was in France that she met, fell in love, and married Jack on June 17, 1967.

Their first child, Lorianne, was born in Zweibrucken, Germany.  When they returned to Canada, they took up residence in North Bay, Ontario.  Their family continued to grow with the birth of their second and third children, David and Lucas. Mary Ann completed her BEd degree at Nipissing University and began supply teaching at local schools once her own children were in school.  Later on, Mary Ann taught at Canadore College in the English Department and eventually became the Coordinator of the General Arts and Science Program.

Mary Ann and Jack both share a deep love of the arts. They became very involved with Theatre Outreach on Stage (TOROS) and Dreamcoat Fantasy Theatre.  Mary Ann took tremendous pride in capturing the magical moments of many young stars during their moments when they shone in the spotlight on the Capitol Centre stage.

In retirement, Jack and Mary Ann began travelling with Expo Tours.  They immediately fell in love with the company and soon joined the Expo Team with Jack as team leader hosting groups of international travelers and Mary Ann as head photographer/videographer.

One of Mary Ann’s most cherished places was their cottage nestled on beautiful Lake Talon.  It was here that she enjoyed having her morning coffee, capturing the scenery and wildlife on film during boat rides with “Captain Jack”, and gathering around a beautiful campfire at night.

Search out your happy places, cherish those you love and make someone else’s life better because of you. Sincere thanks to Dr. Jinnah and the entire staff at Nipissing Serenity Hospice.  In lieu of flowers, donations to the Nipissing Serenity Hospice or Dreamcoat Fantasy Theatre will be gratefully acknowledged by her family. Details of a Celebration of Life will be announced in the near future.

Share Your Memory of
Mary Ann
Upload Your Memory View All Memories
Be the first to upload a memory!
Share A Memory
Plant a Tree