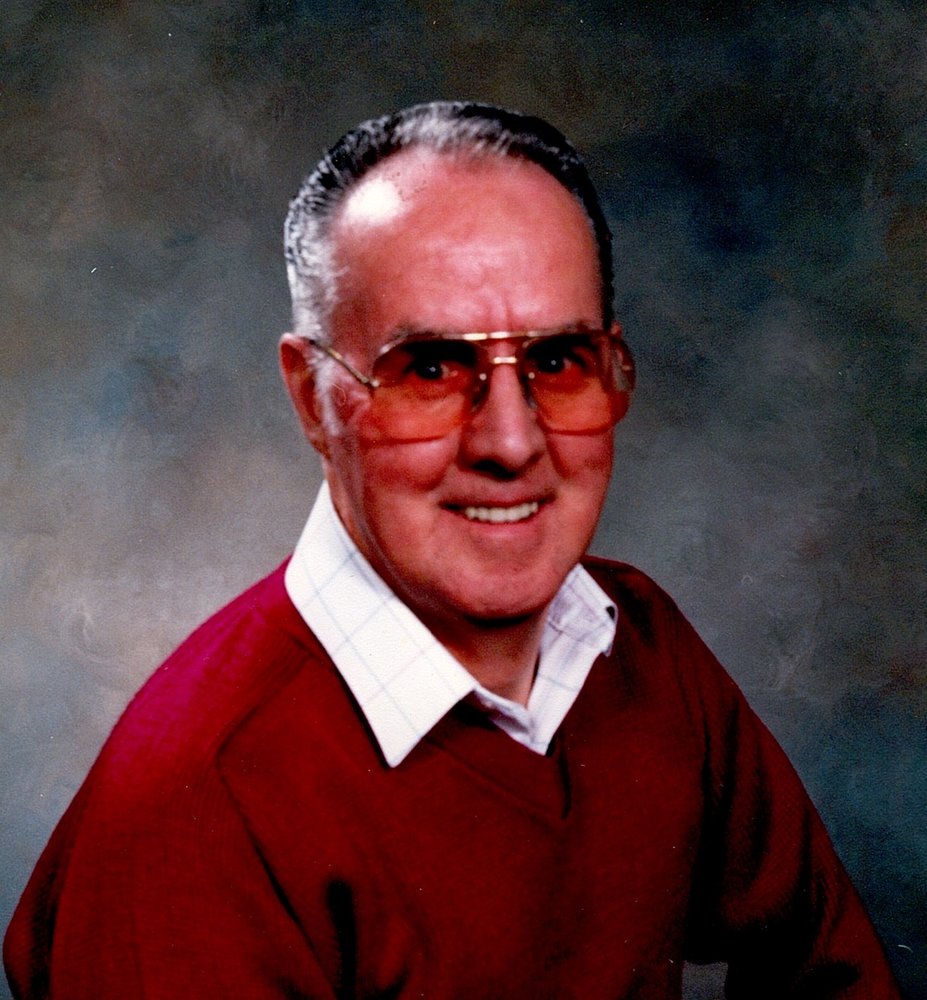 Passed away peacefully surrounded by members of his family, at the North Bay Regional Health Centre. Cliff is survived by his loving wife Kathleen (nee Sheppard), his two sons Dale and Randy (Linda), two grandchildren Craig and Shannon and great granddaughter Brooklyn and Carter. Cliff was born in North Bay one of nine children to Percy & Violet White. He is survived by his siblings Dee McCarty (Bob) and Bill. He is predeceased by his first wife Ruth Avery, brothers Reg, Murray, Tom, Jack and sisters Joyce Greenwood and Beth Howe. He will be missed by many nieces, nephews and friends. Cliff worked for Cochrane Dunlop for 27 years as their Warehouse Salesman, and later he was a Salesman with EMCO for 10 years. Cliff was a member of the ACT, loved Golf and was a member at Pinewood. He was a great hockey fan for years. Cliff was a great fan of Al Jolson he did a lot of preference imitating Mr. Jolson. Family will receive friends at the MARTYN FUNERAL HOME on Saturday, July 31st from 9:30 am until time for a Memorial Service in the Funeral Home Chapel at 11:00 am. Chapel Service will be limited to 50 People. Social Distancing during the Service must be observed, and Masks are Mandatory while in the Funeral Home.  Interment of cremated remains at Terrace Lawn Cemetery. Cliff’s family would like to thank the Nursing staffs at NBRHC’s Cedar Lodge & 3C, and at Eastholme. If desired, donations to the Alzheimer’s Society or a Charity of Choice would be gratefully acknowledged as expressions of sympathy.

To send flowers to the family or plant a tree in memory of Clifford White, please visit Tribute Store
Saturday
31
July

11:00 am - 11:45 am
Martyn Funeral Home
464 Wyld Street
North Bay, Ontario, Canada
705-472-8810
Chapel Service will be limited to 50 People. Social Distancing during the Service must be observed and Masks are Mandatory while in the Funeral Home
Need Directions?
View Map | Text Directions | Email Directions
Order Flowers for Clifford White's Memorial Service