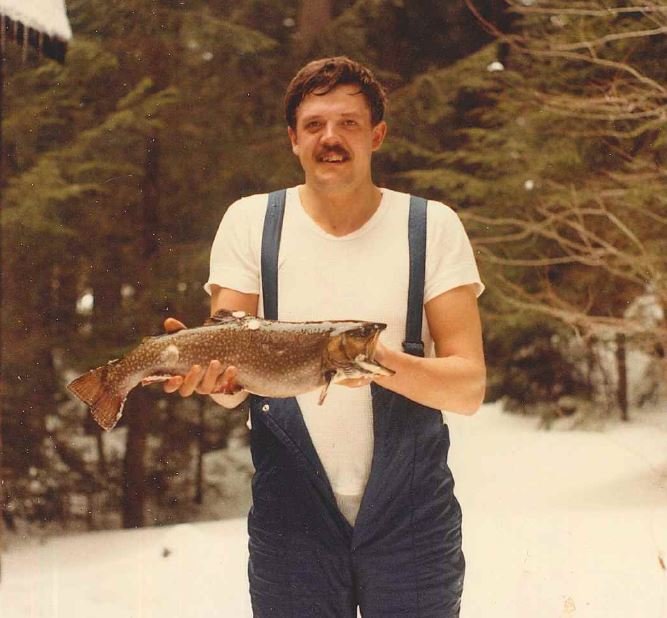 Harro’s story began on June 11, 1953, when he was born to Barbara Meyer and Wolfdietrich von Maydell.  He was their first child, and born in Toronto, Ontario.  Harro moved several times throughout his childhood and teenage years.  While residing in Orillia, Ontario, he met his wife Margaret (nee Nelles), at age twenty.  They married in Lindsay, Ontario in 1974 and lived in Penetanguishene and Midland, before relocating to Toronto where Harro became a Constable with the Metropolitan Toronto Police. Over the years, we have all enjoyed hearing many colourful stories about his days as a MTP ‘Beat Cop’.

Harro celebrated the birth of his two daughters, Allyson and Kristin, in the early 1980’s.  In 1988, Harro and his family moved to Seaforth, Ontario where he became a member of the Seaforth Police Service, which later became the Ontario Provincial Police (Huron County Detachment). Harro remained in that role until 2000, when his promotion to Sergeant saw him relocate to the North Bay OPP Detachment. In 2005 until his retirement in 2010, he worked as a Sergeant with the Greenstone OPP Detachment in Geraldton, Ontario. It was during his time up north that he forged many lasting friendships and thoroughly enjoyed many fishing excursions. Harro reconnected with many old friends in North Bay, both while working there, and upon retirement.  North Bay was also the place where he became a grandfather to his beloved granddaughters, Halle and Neve, and grandson, Lev. Halle inherited Grandpa’s artistic ability, Neve his musical ear, and Lev is his carbon copy. Harro softened once he had grandchildren and thought the world of them, and them of him.

Harro also had many talents; sketching, painting, writing, renovating, gardening, and playing sports (most notably hockey)- and he excelled in all of them.  He loved reading, uncovering family history and ancestry, cooking (we sure will miss his famous pierogies!) and dominated the game of Jeopardy from his favourite chair in the living room. Harro was especially proud of his arrowhead collection.

Upon retirement in 2010, Harro discovered a love for golf and was excited to get back on the green once COVID restrictions were lifted. It was only fitting for him to spend his last moments on the golf course, and according to his golf partner, “His final shot was a beauty!”

In lieu of flowers, the family asks that you make a donation to Nipissing University’s Student Emergency Fund https://www.nipissingu.ca/studentemergencyfund. The family would also like to thank the staff at the North Bay Regional Health Center and the Cardiac ICU at Health Sciences North.  A special heartfelt thank-you to nurse Tracey, for taking such wonderful care of both Harro and family.

Finally, the family asks that in honour of Harro you ensure to always use proper grammar, complete a daily crossword puzzle and keep cheering for those ‘Maple Laughs’ as it was his dream to see them win the cup again.

Share Your Memory of
Baron Harro
Upload Your Memory View All Memories
Be the first to upload a memory!
Share A Memory
Plant a Tree