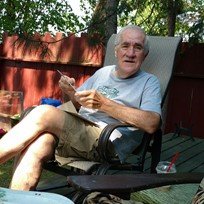 It is with great sadness that we announce his passing on Thursday May 27, 2021 in his 84th year. “Willie” was Sandra’s best friend and husband for over 56 years. Bill will be greatly missed by his daughters Catherine Atkinson (Gary) and Christine Glenn (Rick Thibeault), and his son David Glenn (Megan), as well as his five grandchildren.

Bill was a baker by profession, owning Webb’s Bakery on Lakeshore Drive in the 1960s, and then as the Manager of Food City Bake Shop from 1968 until his retirement. He was a long-time member of the Ferris Lions Club in the 1970s and 1980s.

Bill loved his camp at Little Tomiko Lake and spent many happy days there throughout his life, from childhood until well into his retirement years.

Our family would like to thank the nurses on C3 at NBRHC for their care for Bill over the past weeks. We also express our sincerest gratitude and appreciation to Nancy Bowness for her unwavering support of our family not only in the last months but for as long as we can remember.

“To live in hearts we leave behind is not to die.”

Due to COVID restrictions, a private graveside service will be held.

If desired, a donation to the charitable foundation of your choice would be gratefully acknowledged by our family.

Share Your Memory of
Bill
Upload Your Memory View All Memories
Be the first to upload a memory!
Share A Memory
Plant a Tree