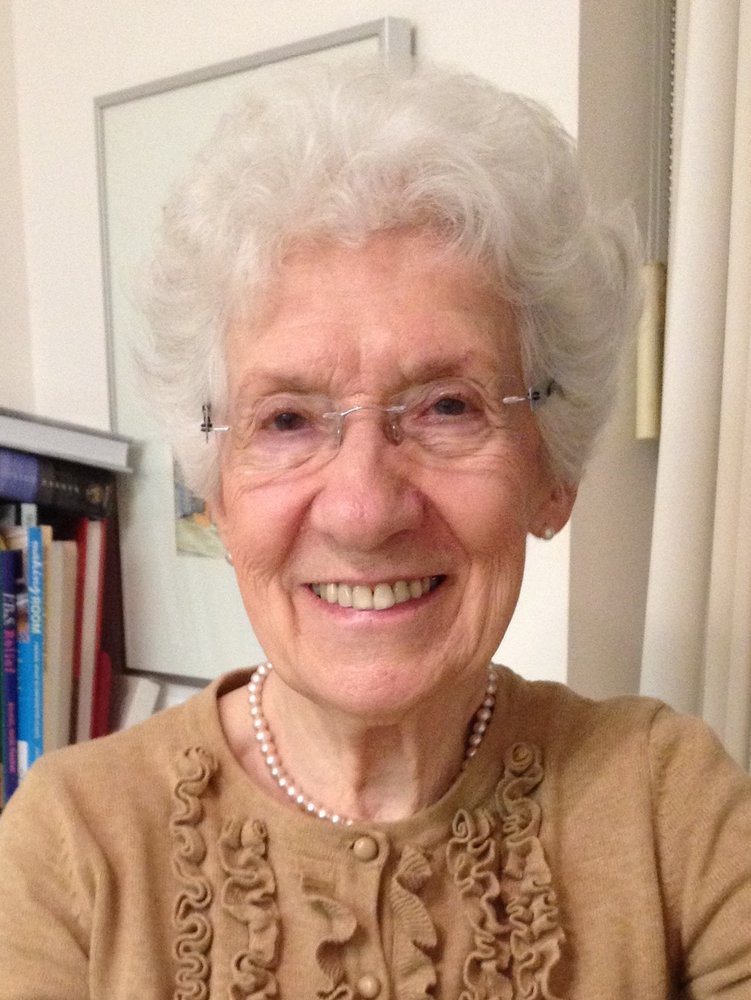 It is with heavy hearts we advise the passing of Joan Nabb peacefully at her home in North Bay on April 14, 2021. She was a valued Mother, Aunt, Grandmother, Mentor, Friend and Neighbour to all around her. She will be truly missed by all. Born and raised in Kirkland Lake, she worked at the Department of Mines there as a Secretary for over 30 years. She was much travelled through her life and lived many years in Spain, Portugal and Green River Wyoming. She has lived in North Bay for over 40 years.

She took up painting in 1954 but seriously painted as of 1966, studying the techniques of water colour and pen and ink through the Ontario College of Art Masters. Both Joan and her husband, Fred, were actively involved in the Northern Ontario Art Association as well as Cobalt Artists Colony. Her painting as well as Fred’s are on display throughout Northern Ontario as well as with all family members.

Her family and friends are well aware of her love of reading. In fact, she has her own library in her condo plus her Kindle is full of books she has read over the years. She was an active member of the Harbourside Book Club and was still trying to finish the required book reading for the month of April.

Interment of her ashes will take place in Kirkland Lake at a later date.  Funeral arrangements are entrusted to MARTYN FUNERAL HOME.  If desired, donations to the North Bay Regional Health Centre would be gratefully acknowledged as expressions of sympathy.

Share Your Memory of
Ruth Joanne
Upload Your Memory View All Memories
Be the first to upload a memory!
Share A Memory
Plant a Tree