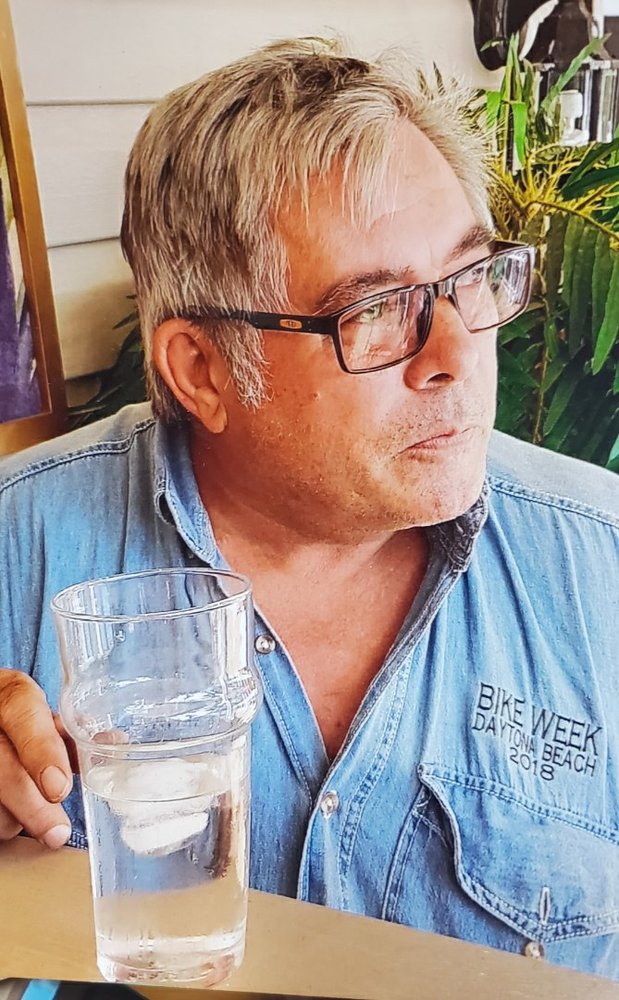 It is with deep sadness that the family of James (Jim) Douglas Mudrick announces his peaceful passing, too soon, at the age of 68.  Surrounded by the love of family on his last day, his loving wife for his last moments. Jim received wonderful care from all the staff he met at the North Bay Regional Health Centre.  The compassionate care and daily support of Dr. Mike Leckie was above and beyond. We cannot thank him enough. Jim thought the world of him.

Jim was born November 21st, 1952 to Mr. Glenwood Austin Nelles and Margaret Nelles (nee Runch).  Glen left this world when Jim was an infant and ultimately he was adopted by Norman Howard Mudrick at the age of 5.

Jim had a love of woodworking, and like Norm, he was very skilled.  He had a love of boating, fishing and traveling south as a snowbird. He could make or build anything. His Harley rides gave him so much joy in his retirement years. He was happiest spending time with his family, his grandchildren were his pride and joy!

Jim worked as a very proud railroader with the ONR from 1970 until he retired in 2004.  He made many life long friends in his long career on the trains.

Predeceased by his mother, his father and also an older brother Donald.

Mia dog, Jim and Nicole's 5 year old pup will miss him and watch for him in the window.

Respecting James’s wishes cremation has taken place at Forest Lawn Crematorium.  If desired, donations to North Bay Regional Health Centre Foundation in his name would be gratefully acknowledged as expressions of sympathy.

Share Your Memory of
James
Upload Your Memory View All Memories
Be the first to upload a memory!
Share A Memory
Plant a Tree