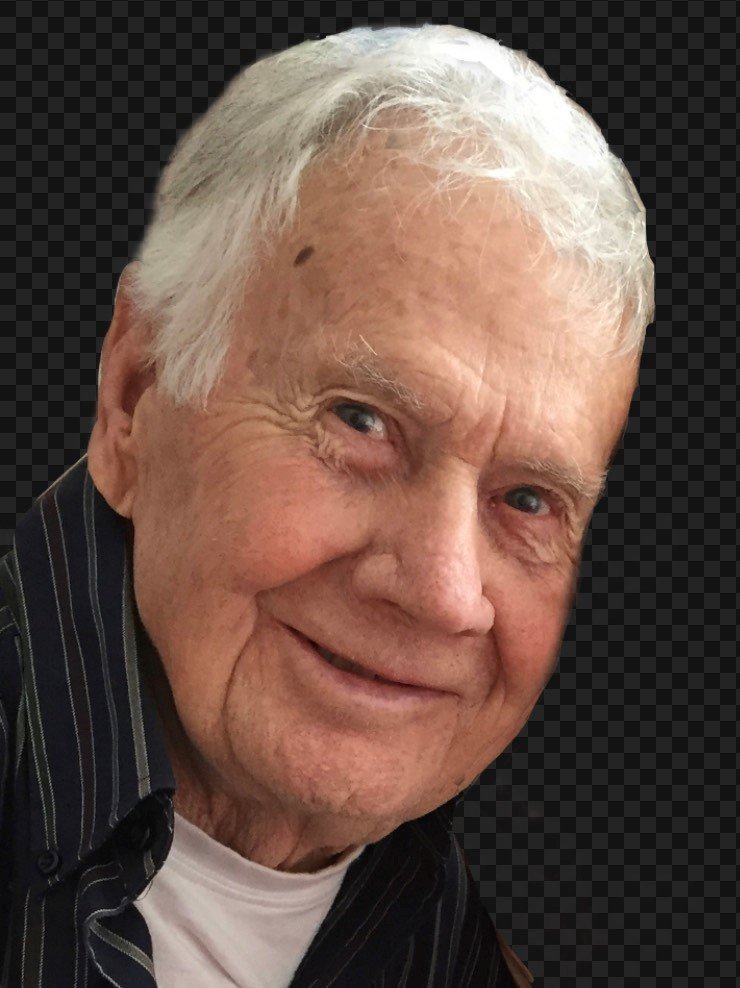 Lamothe, Joffre 1935-2020 – Joffre peacefully began his Spirit Journey on Monday, October 5, 2020 in the beautiful and dignified surroundings of the Palliative Room at the Mindemoya Hospital (Manitoulin Island) at the age of 85.

Joffre, a most gentle & loving husband, and father of 4, finally got “his ticket” to be reunited with his sweetheart of 55 years, Bernice (née Dupuis), who predeceased him in 2014, as well as his beautiful daughter Laurie Thornton-Plourde (John) in 2018.   He has had a very heavy heart for the past 6 years and is finally at peace with them under his wings.  His remaining children, Christine Mick (Terrie Pitfield) of Silverwater, Manitoulin Island, and Keith (Christine) and Joanne Lamothe of Sudbury will be grieving their tremendous loss along with all of his beautiful grandchildren (Jill Thornton of Calgary, Kylene Plourde of Hamilton, Jessica Mick, Chad Landry, Roxanne Bois, Owen and Benjamin Lamothe of Sudbury), and cherished great-grandchildren (Seb, Sophie, Stevie, and Mattie).   Not to be forgotten, his beloved “Becky” was his and Bernice’s constant (canine) companion for 14 years and had left a huge paw print on their hearts.  She is surely running circles around him once again.  Bernice is no doubt having to say, Becky, don’t bark! He loved to get her going and Mom would always have to intervene.

He is survived by his youngest siblings Claire Dupuis of Mattawa, and Lawrence Larochelle of Belleville.  Claire and her daughter Lorelle made the long trip from Mattawa to Manitoulin Island to visit him last fall at the Manitoulin Lodge, where he resided until his most recent hospitalization.  They had the most beautiful visit, which will be forever cherished.

He is predeceased by his parents George & Rose Lamothe (neé Jodouin), and sisters Val, Elaine, and Jackie, and brothers, Émile, Armand, Raphaël, Alcide, Eusebe, and Rhéal.

He was loved by many nieces and nephews on both sides of the family.  M’onc Jof, Pépère, Dad, will be always be fondly remembered for his gentle disposition, quiet nature, and adorable smile.

‘Jof’ was a devout and hard-working family man who “gave his all” from the moment he and Bernice were married in 1958.  They started their family in 1960 with the birth of their first-born, Joanne, on New Year’s Day.  They would later add 3 more to their brood, Laurie and Christine being the middle children, and Keith being the youngest.  He was born and raised in Mattawa, which always remained his main “home” no matter where life would take him.  Weighing in at only 2 and a quarter pounds, as he used to say, he often talked about how his parents kept him alive next to the woodstove.  It is a true testament to his fighting nature, as he survived against all odds.  His love of animals and nature started at a very young age, which grew stronger with each passing year.  He enjoyed his chores on the farm at his Papineau homestead, which he visited just 2 years ago.  He boasted about his first day at the one-room schoolhouse just up the road where the teacher sat him on her knee for the entire day because he was so little (and presumably ‘so cute’).  Because they lived close to the school, he was in charge of warming up the schoolhouse by lighting the woodstove.  Is it any wonder he would be chopping wood right up until last week!  He told Terrie he had 4 cords of wood to cut (2 for Vic and 2 for himself).

He was a jack-of-all-trades, including woodworking (most of his children and relatives have at least one handmade heirloom from him, to this day), renovations, house construction, landscaping, car repair, just to name a few.  In 1965, he secured a job with CPRail as a brakeman and conductor, out of Sudbury, and moved his not yet complete family there, where he would build two homes on Skead Road.  After raising their family there, he and Bernice built their dream home, a beautiful Cape Cod house on “Millionaire Hill” (aka Papineau in Mattawa), where they spent some of the best years of their lives, enjoying their beautiful country property and family gatherings, and it is where most of the grandkids remember their amazing childhood with Mémère and Pépère.

After retiring from the railroad in 1990, he spent most of his time enjoying family, his wood crafts and spending time with his sweetheart, Bernice, and their little Becky.  Sadly, Bernice passed after a courageous battle with cancer in 2014 and life was never the same again.  Laurie, his daughter (long time PSW), would take him under her wing and care for him with every ounce of her soul for the next 4 years until her untimely death from cancer in 2018.  Although she wasn’t sure if she could pull it off, his youngest daughter Christine would proudly follow in her big sister’s footsteps to ensure that their promise to their mother would be kept till the day he died.  “Prenez-soin d’vot père”.  They were her last wishes.  And that, they did.

He lived a very full and happy life until being faced with major hardships that would be his biggest life battles; the loss of his beloved wife and daughter, his Alzheimer’s diagnosis in ‘17, Covid19 in LTC, along with many other serious health obstacles during his stay in long-term-care at the Manitoulin Lodge, where he had moved to last summer.  It’s a pretty little town like Mattawa, so he felt right at home in Gore Bay, and everyone fell in love with him… residents, volunteers, and staff. He was a warrior in every sense of the word.  He may have been tiny in stature but had determination and a heart of gold.

His memory and his smile will live on in all of us.
He’s home with Bernice and Laurie, and his little Becky now… and he will soon be going back home to Mattawa, where his heart belongs.

By invitation only (max 150), a funeral mass will be held at 11 am on Wednesday, Oct 14, 2020 at Paroisse St-Anne (Mattawa) followed by private interment at the Mattawa Cemetery (max 25). Due to the current pandemic restrictions, those in attendance at the funeral service must wear a Mask and respect Social Distancing Guidelines.

Donations in lieu of flowers can be made to Manitoulin Pet Rescue OR Ontario Health Coalition (improving conditions for LTC) OR the Silverwater United Church.  Special thanks to all health care professionals at the Lodge and the Mindemoya Hospital who shared in caring for him.  He will be missed by so many.

To send flowers to the family or plant a tree in memory of Joffre Lamothe, please visit Tribute Store
Wednesday
14
October

Share Your Memory of
Joffre
Upload Your Memory View All Memories
Be the first to upload a memory!
Share A Memory
Send Flowers