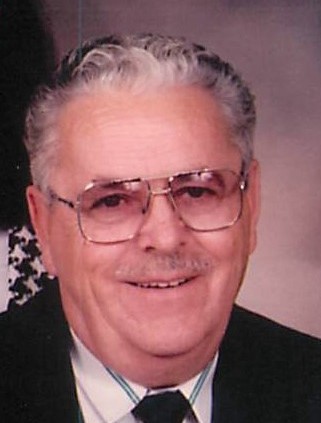 It is with sadness that we announce the passing of our father in his 86th year, on October 6th, 2020.

Dad was a proud 4th degree member of the Knights of Columbus and was proud to be an altar server at St Anne’s parish. Luke served on the Mattawa Volunteer Fire Department for over 20 years and he was proud to wear the long service medal which he received from the government. He also held the position of President of the Mattawa Firefighter’s Association several times. Luke was also a member of the Mattawa Royal Canadian Legion. Dad enjoyed being an active member of the community and was involved in many fundraisers for various organizations.

We would like to acknowledge the care received from Doctor Williams and the Nursing staff at the Mattawa Hospital. A special thank you to Sue Belanger who spent time playing crib with Dad during a difficult time in his life.

Arrangements have been entrusted to Martyn’s Funeral Home. Cremation has taken place and a private family burial will be held at St Anne’s cemetery at a later date.

As an expression of sympathy, donations to the Mattawa Volunteer Firefighter’s Association or a charity of your choice would be appreciated.

Share Your Memory of
Lucien
Upload Your Memory View All Memories
Be the first to upload a memory!