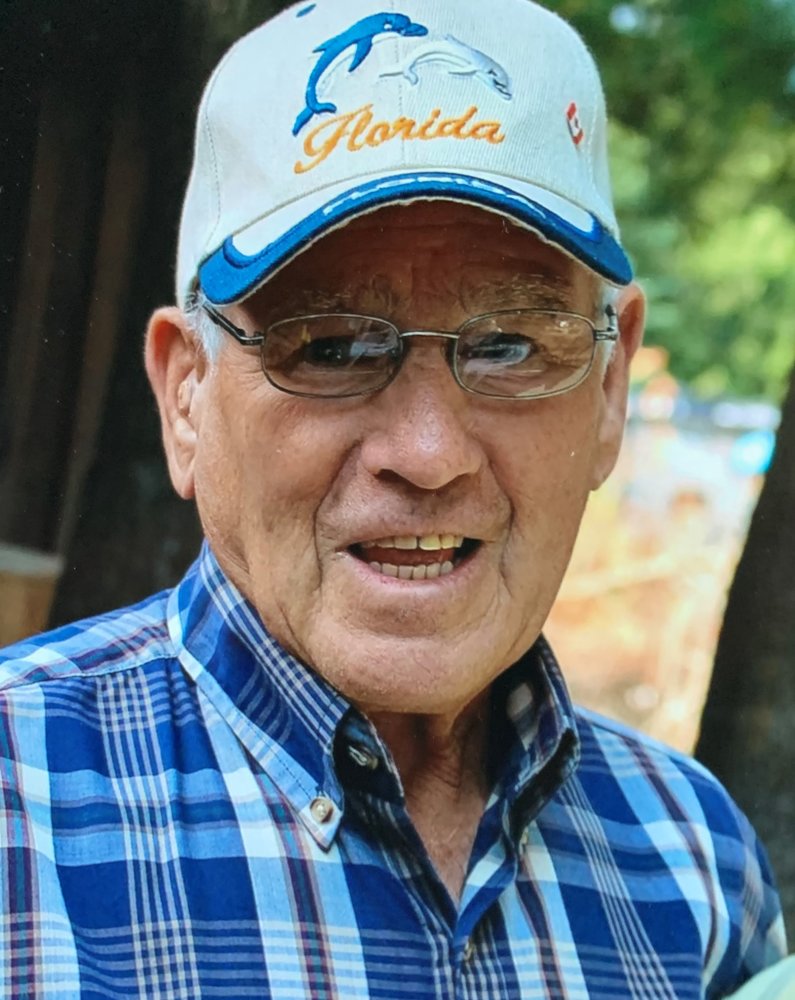 After a courageous battle, J.P. (Bazz) passed away with his family by his side on Wednesday September 30, 2020 at 83 years old at the North Bay Regional Health Centre.  Survived by his wife Diane (Bizz), son Brian (Jennifer) and daughter Bonnie (Wayne), granddaughters Brittany (Joey), Bryanna (John) and Brooke (Cory) as well as his precious great grandchildren Payton, Callum and Mercy.  J.P. (Bazz) worked for C.P. Rail then Chryslers. He entertained family and friends with his fiddle, accordion or piano, all by ear as well as telling jokes.  Predeceased by his parents Eugene and Lena Belanger, brothers Michele, Leo and Gerald and sisters Lorraine Sloan, Rita Lang and Estelle Belanger. Surviving to mourn his loss are brothers Victor (Pitts) Belanger, Raymond (Daisy) Belanger, sister Claire (Kin) Decaire all of Mattawa and his sister Marie (Couse) and husband Roger Lapointe of Windsor. He will be greatly missed by many nieces and nephews as well as many friends and wonderful neighbours. A memorial mass will be held at a later date. His family wishes to sincerely thank Martyn Funeral Home, Dr, Galema, Dr. Cano and all the awesome nurses ands staff in Palliative Care at North Bay Regional Health Centre.

Share Your Memory of
Jean Paul
Upload Your Memory View All Memories
Be the first to upload a memory!
Share A Memory
Plant a Tree