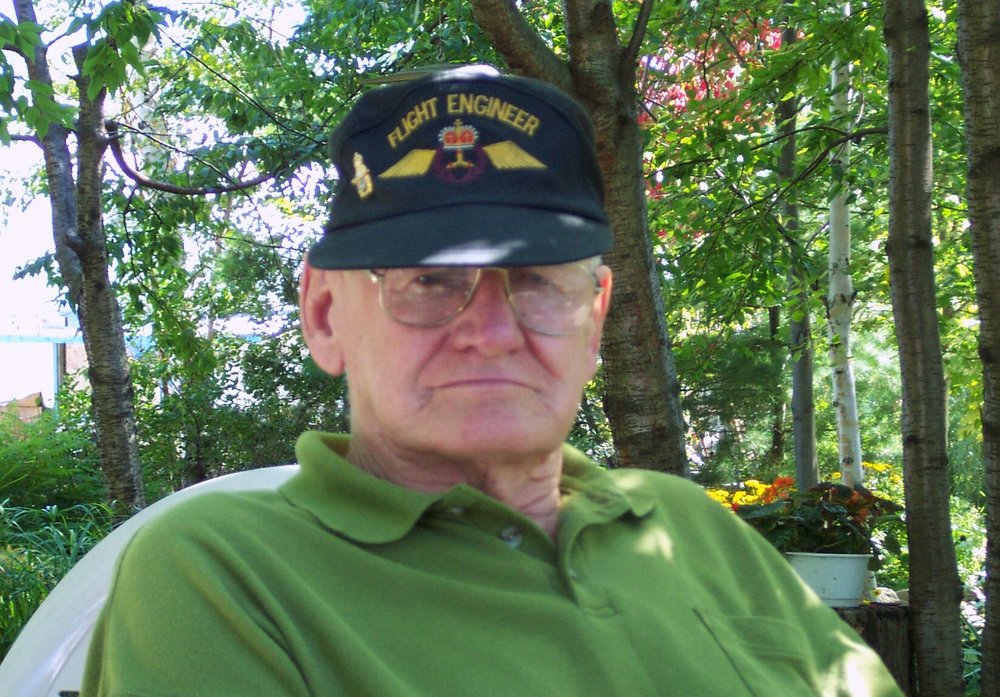 It is with profound sadness that we announce the passing of a true Canadian patriot, Wilson Scott, at the age of 89.

Even as a teenager, Wilson contributed to the Canadian WWII efforts, assisting with the dangerous business of manufacturing high-explosives at the Nobel Dynamite Plant north of Parry Sound, Ontario, the place of his birth, and his home town.

Wilson patriotically served his country as a Flight Engineer with the Royal Canadian Air Force for more than 23 years, both participating in Canadian peacekeeping missions abroad, and mentoring fellow Canadian Flight engineers to follow.

It was during his service with the RCAF that he met and married the love of his life, Frances (nee Stalker) then of the Canadian Women’s Army Corps, to whom he was faithfully married for 50 years.  They had three wonderful children.

Wilson will be sadly missed by his sons William ‘Bill’ Scott of Venice, Florida (widower of the late Yvonne Fung) and Michael ‘Mike’ Scott (Caroline) of Edmonton, Alberta, and his daughter, Sandra MacInnes (Don) of North Bay, Ontario.  Also lovingly remembered by his grandchildren Don, Alexander, and Crystal (all of North Bay) and Kevin and Patrick, of Edmonton.  Also lovingly remembered by his great-granddaughters Leah and Claire of North Bay.

Share Your Memory of
Wilson
Upload Your Memory View All Memories
Be the first to upload a memory!
Share A Memory
Plant a Tree