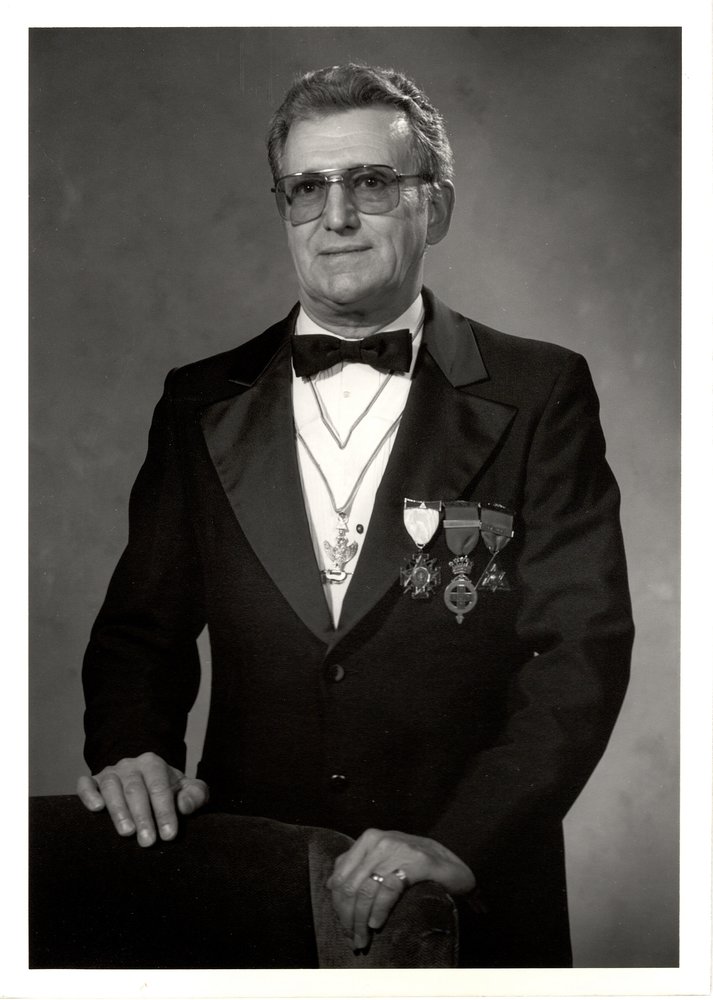 Don passed away on Saturday, May 30, 2020 at the Nipissing Serenity Hospice at the age of 94.  Predeceased by is wife Lois (Aylesworth) and more recently Bernice (Weller).  He was the loving father of Donna Alkins (Late David), Holly MacKinnon, Chris Whiteside (Stephanie), Tim Whiteside (Kim) and stepfather to the late Cathy Valenti (Frank), and Chris Weller (Joanne). Fondly remembered by several grandchildren and great grandchildren.  Survived by his sister Earla Whiteside and predeceased by his sisters Jayne Channon and Karen Channon. Born in Powassan, Ontario Don was the son of the late Audrey & Earle Whiteside.

Don fought in WWII with the Canadian Armed Forces serving in France, Germany, and he helped to liberate Holland.  Upon his return from the war, he worked for many years as a successful large equipment salesman with H. E. Brown Supply in North Bay.  Following his retirement, Don and Bernice enjoyed travelling and joining Cathy and Frank Valenti for many family dinners.

Don was a 70 year member of the Espanola Masonic Lodge No 527 obtaining his 33rd degree, as well as the, the Rorab Shrine Club and a member of The Fidelis Chapter No. 99 Eastern Star for which he served as Worthy Patron. He was a former member of the Callander Legion Branch No. 445.

Don’s last few years were enriched by the Empire Living Center.  At Don’s request there will be no visitation or service.  If desired, donations to the Nipissing Serenity Hospice will be gratefully acknowledged as expressions of sympathy.  Arrangements entrusted to Martyn Funeral Home with online condolences at www.martynfh.com.

Share Your Memory of
Donald
Upload Your Memory View All Memories
Be the first to upload a memory!
Share A Memory
Plant a Tree