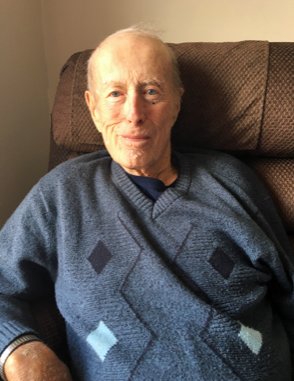 On Tuesday, May 19, 2020, Robert Wilkinson, aka “Bob”, “Big, Bad, Bob”, and/or “Razor” passed away at the age of 83. For those knew him, his nick names belie the man he was. Bob was a big man with a big heart. If he could, he would play crib all day with his friends at the Legion and dance all night. He loved his family and he loved North Bay.
Bob was born in New Liskeard on December 8, 1936. He served in the Canadian Military where he met and married the love of his life, Sheila McGill. The two of them settled in to North Bay (mostly) where Bob enjoyed years of success as a manufacturer’s agent throughout Ontario. Bob and Sheila welcomed their son, Gregory, to the world in 1959, and their daughter, Stacey, in 1970.
Bob is survived by Gregory and Stacey (Damien). He was pre-deceased by Sheila in 1999.
Due to the current global climate, no service is planned at this time. However, a Celebration of Life will be considered at a later date. Any memorial donations can be made to the West Ferris Legion Branch 599. Arrangements have been entrusted to Martyn Funeral Home with online condolences at www.martynfh.com

Share Your Memory of
Robert
Upload Your Memory View All Memories
Be the first to upload a memory!
Share A Memory
Plant a Tree