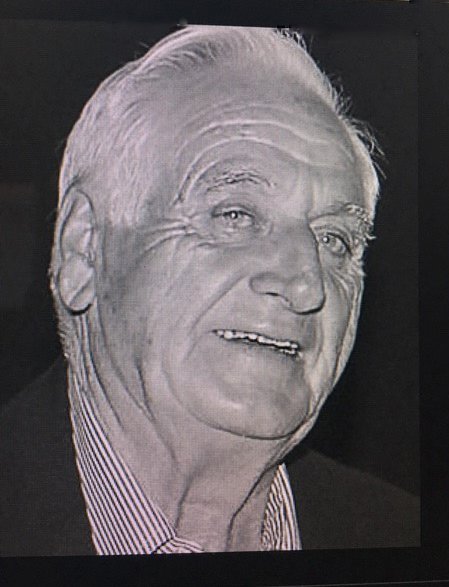 It is with great sadness that we announce the passing of our father William Clarence Morland Sr. At the age of 90 on May 4, 2020.

He will be greatly missed by his partner Laurie Constant to whom the family is greatly indebted for her care of and attention to Dad. Bill was predeceased by his wife Beatrice and is survived by his six children, Marg Barnes, Billy Jr., Barbara Wellard (John), Gordon (Catherine), Carolyn Morland (Ian Kilgour), and Kathi Morland, 13 grandchildren and 7 great grandchildren.

He was born in North Bay, Ontario in 1930 and enjoyed an illustrious sporting career. He is a member of the North Bay Sports Hall of Fame for both golf and basketball. He was the coach of the Garland Pepsi’s men’s basketball team that won a provincial championship. While he was a multi-sport athlete and enjoyed basketball and ski jumping his passion was golf. He was instrumental in growing the sport in Northern Ontario. He won 12 Northern Golf Championships, as well as the Ontario Amateur Championship ( he, along with his brother Dave, being the only golfers from

Northern Ontario to have accomplished this feat) the Ontario Champion of Champions and the Ontario Best Ball Championship with his brother Dave ( 3 times). He was very proud of his qualifying more than once for Ontario’s Willingdon Cup team representing the province in the Canadian Amateur Golf Championship. One of the highlights of his career was his induction into the Ontario Golf Hall of Fame in 2009 which was “long overdue” to quote Marlene Stuart Streit. The North Bay Golf and Country Club honoured him by renaming their annual men’s tournament the Bill Morland Invitational and by setting up the Bill Morland scholarship for aspiring junior golfers at the club.

Bill was the youngest son of David James and Mildred Morland born March 23, 1930 and was predeceased by his parents and his siblings, Kenneth, Gordon, Russell, Jimmy, Middy, Beth and Dave.

He was a real estate developer as well as owner and broker of record for Morland real estate until his retirement. He was very proud of the many years that he sat on the Committee of Adjustment for the city of North Bay.

He was a North Bay Icon and He will be missed.

Donations to honour Bill can be made to the North Bay Regional Health Centre Foundation Close to Home campaign.  The family would like to extend their thanks to Dr. Mike Leckie and the Close to Home Program for their support and kindess. A memorial service will be planned at a later date.  Arrangements have been entrusted to Martyn Funeral Home with online condolences at www.martynfh.com.

Share Your Memory of
Bill
Upload Your Memory View All Memories
Be the first to upload a memory!
Share A Memory
Plant a Tree