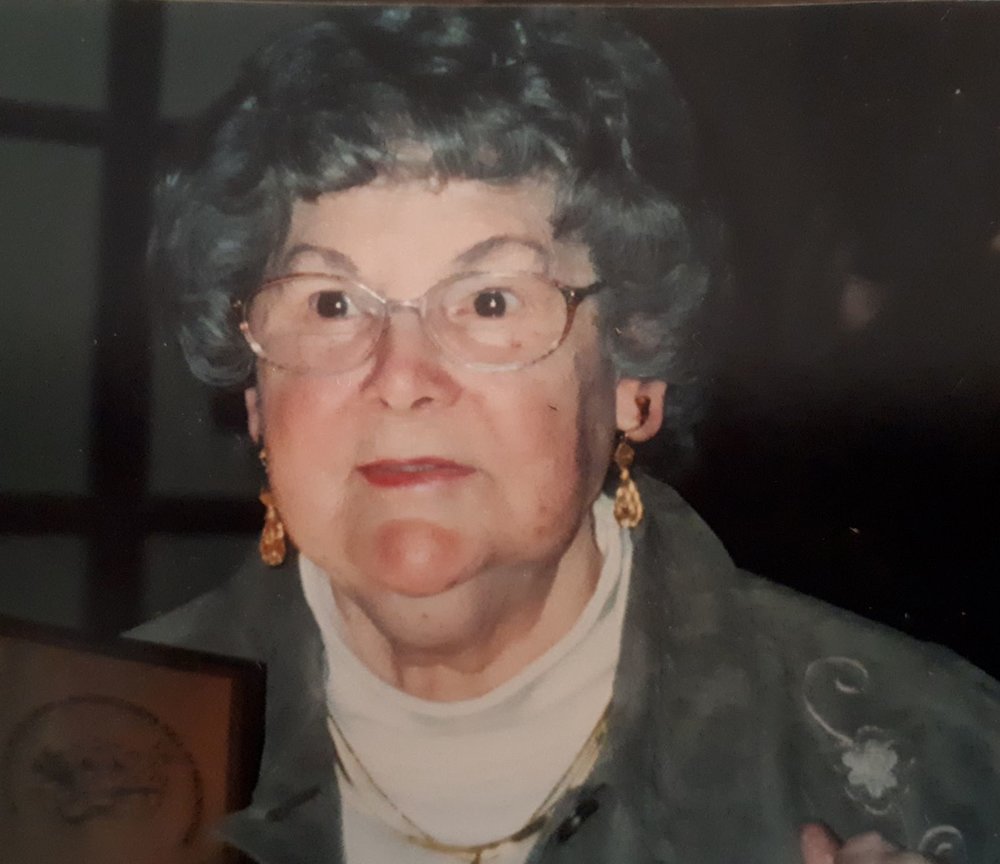 Passed away peacefully at the North Bay Regional Health Center on March 8, 2019, in her 95th year. Predeceased by her parents Alex and Esther McFarlane, by her siblings Helen Bazinet, Lorene (Mrs. Wilmer Dean), Marjory McFarlane, Grenville "Curly" McFarlane, Donald "Dapper Don" McFarlane (and sister in law Marjorie), and Stanley McFarlane.  She will be lovingly remembered by nephews Rob (Liz), Rick, Randy (Evelyn), Larry (Vi) and Mel (Marg). The family would like to thank June's friends and neighbours, particularly Norm and LizAnne Guillemette, Wilbert and Judy Schwindt, and the Jones' and Campbell families for their caring and affection shown to June over the years. A special thank you to Dr. Ian Cowan for his professionalism and caring dedication shown to June over the many years as her family physician. June was active as a country singer in the 40's and 50's with her brothers in a band called the North Range Cowboys. She helped her sister and brother in law, Helen and Ranney Bazinet operate the "Clover Lunch Convenience Store" which was located at the corner of Fisher & Worthington. Friends may call at the Martyn Funeral Home on Thursday June 6th from 12:30pm until time for services in the chapel at 1:30pm.  Interment to follow in Terrace Lawn Cemetery.

To send flowers to the family or plant a tree in memory of June McFarlane, please visit Tribute Store
Thursday
6
June

Share Your Memory of
June
Upload Your Memory View All Memories
Be the first to upload a memory!
Share A Memory
Send Flowers