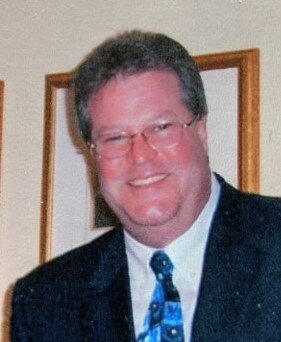 Please share a memory of Colin Jr. to include in a keepsake book for family and friends.
View Tribute Book

After a prolonged illness, Colin Vezina Jr. died in Avalon Home Care in Orangeville,  early on Sunday, March  27. He would have been 61 on Friday, April 1.

Colin was the dear youngest son of Noreen and Colin Vezina and loving brother to Stephen (Patricia) Randy and  Laurie (Dave) all of North Bay.

He had a special love for  Bev and Karli that he shared so deeply.  He was Karli’s close advisor in all fields.

Colin grew up in North Bay and in Windsor and with his Family, returned to North Bay in 1972.

He was an honors graduate of West Ferris Secondary School and then attended George Brown College for his diploma in Underwater Skills. He worked as a professional diver on Hydro projects and other heavy construction until he took a job in glazing, learning to repair and install store and large building windows and glazing products.

In the early Nineties, he founded Bramalea Glass Services Inc. and Colin and Bev ran a very successful operation with the installation and repair of major window/ glazing products throughout southern Ontario. Bev continues to run the company including one employee now with them nearly 20 years.

Colin was devoted to his Family and his community of Bramalea and later, Caledon East, with a very generous soft spot for someone who needed a hand up.

He supported municipal and OPP community services in his region and was quick to assist when asked.

From the time he was a youngster, he had a generous heart and a strong work ethic. If he wanted something, he worked for it. Whatever he had, he shared with Bev and Karli and other family members.

In Windsor while playing defence in the Windsor Minor Hockey League, his coach found that Colin was ambidextrous and he would dig the puck out of a corner from left or right. He didn’t like hockey in part, because he was much bigger than most and didn’t want to hurt anyone. He was a strong swimmer as a youngster which led to his College training and first career as a diver and he continued to swim in the  pool at the family home in Caledon East.

He loved the outdoors, especially getting together in the Caledon region for a hunt with his fellow contractors. Inevitably, and with great encouragement by his friends, Colin did the cooking for the week. His other outdoor passion was downhill skiing. He lived to ski when he had the time and excelled at it.

And he teamed up with Bev and played Volleyball for 20 plus years and loved it because he was tall.

Colin was a man of morals and conviction and treated people with respect. Position didn’t matter to him. Moral conduct and responsibility to Family, community and humankind did.

He was a voracious reader with an insatiable appetite for learning.  He enjoyed a good laugh, generally saw the bright side and had an incredible sense of humor, sometimes shaded with a touch of cynicism.

As per Colin Jr.’s wishes, Father Larry Rymes will celebrate a Memorial Mass at the Pro-Cathedral on Sat., June 11 at 10:30am. A reception will follow in the church hall. Colin made his first communion and confirmation at the Pro-Cathedral. His faith meant a great deal in his everyday life and he faced his death with faith, hope and courage in Christ.

Contributions to the Pro-Cathedral Building Fund would be appreciated by the family.

To send flowers to the family or plant a tree in memory of Colin Jr. Vezina, please visit Tribute Store
Saturday
11
June