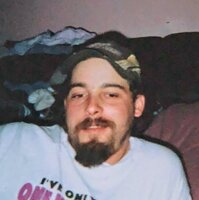 Dear friends, it is with sadness and heavy hearts we share this: on Thursday June 2, 2022, at age 48, Jason James Emond lost the battle against Leukemia and is no longer with us. Although not everyone had the chance to visit Jason in his final days, those closest to him and his immediate family were given opportunity to wish him well before sending him on his way. Jason’s spouse, step-mother to his children the past 5 years, Heather Bruce, sat with him and held his hand, giving him comfort in his final moments.

Jason and Heather made a commitment to each other several years ago, that, no matter what the future held, they would always be with each other until the very end. They vowed to support each other no matter the outcome and any decisions they made were made together. Heather and Jason promised neither one would ever let the other face uncertainties alone and were 100% committed to each other “in good times and in bad, in joy and in sorrow, in sickness and in health.”

Jason will always be remembered as one who always made his presence known and “everyone’s gonna know I been here.” Jason is survived by his parents Carol Emond and Luc Emond and his brother Max Emond. Predeceased by his brother Travis Emond. Jason had many children, both biological and adopted. Those who knew Jay as dad included Mia Emond (6), Jemma Emond (7) Chad Poitras Emond (27) (Paige), Sheldon Poitras Emond (26). Jason will be dearly missed by his granddaughters, Callie and Ellie, as well as David Currington, Ron Paquette, and many others. He will always be fondly remembered as “the crusty a$$hole”

Jason did not want a traditional funeral and so a private memorial and celebration of life will be held in July. Friends and acquaintances are asked to contact the family for details. Donations can be made to The NorthEast Cancer Foundation in Sudbury, Ontario or visit blood.ca to book an appointment with the Canadian Blood Services today.