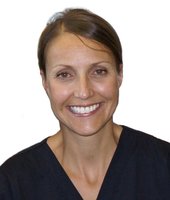 It is with tremendous sadness that the family of Karen Morris announce her passing at the age of 54. Karen passed peacefully at her home in North Bay on Thursday June 18, 2020 with her family at her side. She was the beloved wife and best friend of Michael Stockfish, loving and supportive mother of Alexandra, Madeline and Jack Stockfish. She is survived by her father William Morris of Hamilton, sister Elizabeth Smith (Glenn) of Burlington, and her aunt Gloria Petrucci of Hamilton. Wonderful daughter-in-law to George and Lynne Stockfish. Sadly missed and lovingly remembered by her sister-in-law Jayne Irwin (Ray), sister-in-law Jody Stockfish, her special nieces and nephews Sarah & Hannah Irwin, and Darren & Kyra Smith. Karen was Predeceased by her treasured mother Katherine Morris in 2007. Karen was born and raised in Hamilton Ontario.  She graduated from St. Jean de Brebeuf Catholic High School in 1985.  She received her Bachelor of Science (Honours) degree from McMaster University in 1989, then enrolled at the University of Western Ontario, and received her degree in Doctor of Dental Surgery in 1993.  Karen played Varsity volleyball and tennis during her studies.  After spending a year working at the Hamilton General Hospital, Karen ventured to North Bay in 1994, eventually opening her own practice in 2006.  Dentistry was her true vocation and she took pride in her ability to help others. Karen was grateful to her staff for their ongoing support and assistance over the years, she was very proud of her practice. Karen was a kind and generous person and took an active role in community events. She was a proud mother and a constant champion of her children. She proudly attended all their sports and activities. Nothing made Karen happier than time with her family.  We had many great family vacations, and one of her favourite things was going for walks in the woods.  Her happiest place was the family cottage on the south shore of Lake Nipissing. A sincere thank you to Dr Rotondo for his care and compassion.  The family is very grateful for the exceptional care from Sara Hunter, Jai Hutson, Chang-Hyun “Chuck” Chun and Tara Moffatt of VON, Lori Smith of North East LHIN, and the kind PSW team at ParaMed.  A special thanks to Jayne, who was there everyday helping the family in countless ways. The family would like to express gratitude to the staff and doctors at St Michael’s Hospital, Sunnybrook Hospital Odette Cancer Centre, and the North Bay Regional Health Centre. During these unprecedented times, it is with regret that the family will not have a public funeral.  Respecting Karen’s wishes, a Cremation has taken place.  A private service will be held, and a celebration of Karen’s life will be scheduled at a later date. In lieu of flowers, a donation in her memory to the Nipissing Serenity Hospice would be appreciated. You will always be loved and admired, and will forever remain in our hearts.  Until we meet again.