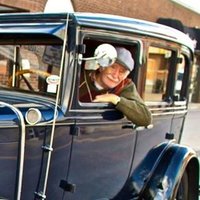 Sadly, the family of Bill announce his sudden passing at the North Bay Regional Health Centre, on Friday February 28th, 2020. He was the loving husband of Fae (nee Carscadden), he was 82 years old. Loving father of Dale and Wendy Norton. Bill was predeceased by his infant daughter Sally. He was the loving grandfather of Cory (Julie), Tyler, Josh and great grandfather to Keenan, Dallas and Kayleigh. Dearly loved brother of John (Gail), Peggy, Ed (Colleen) and will be remembered for being a much-loved uncle to John, Glen, Miriam, Amanda, Lori, Bonnie, James, Phillip and Shawn. Bill was a Commercial Driver for himself and others, serving his customers throughout Northeastern Ontario. His passion were his Cars restoring several from pieces on a flatbed to true Classics, most notably his 1932 Frontenac and 1930 Chev. He was also the driving force behind the Hearing Aid Centre in North Bay for many years. Visitation for Bill will be held in the Martyn Funeral Home (North Bay) on Friday March 6th from 1:00 P.M. until time for a Memorial Service in the Martyn Funeral Home Chapel at 3:00 P.M. Cremation has taken place, with his ashes being interred in Orillia later. If desired, donations to the North Bay Salvation Army would be appreciated by his family.